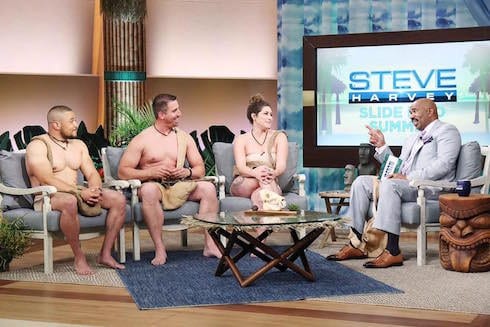 Every reality TV show in the history of the genre has had to deal with skeptical viewers or disgruntled former participants claiming that the show is completely fake. Naked And Afraid is no exception–in fact, since it’s the most popular show in the survival subgenre, it likely has to deal with this issue more than any other. (If you haven’t read former participant Kim Shelton’s behind-the-scenes take on the show’s so-called fakery, check out our report here.)

But the question of whether a show is scripted is a very different one. It acknowledges that there’s a little bit of fiction mixed in with the “reality,” and throws out the window the notion that a show’s producers simply get the cast members together, set the cameras up, and hit record.

So it was with that spirit in mind that two Naked And Afraid producers pulled back the show’s curtain a little bit, answering a question that might be best summed up as “How is Naked And Afraid scripted?”

Executive producer Steve Rankin (best known for suffering an astonishingly gruesome snake bite while working on an episode of Man Vs. Wild) and supervising producer Mathilde Bittner spoke with Reality Blurred about the show’s process, which they say succeeds because they try to keep things as simple as possible. 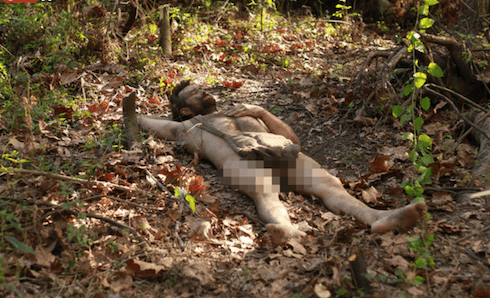 A Naked And Afraid episode’s on-site crew consists only of “a director of photography, a camera assistant, an audio person, and a producer.” The two other PAs and day and nighttime medics “stay away from the filming unless they’re needed.”

And even the four on-site members of the production crew get out of camp before dark, since they “need to be safe, too,” and “nightfall” can be “treacherous.” The two contestants have an emergency walkie-talkie and a backup whistle to call for help if the walkie-talkie fails.

But, sometimes, help is a 30- or 45-minute hike away from camp, since Bittner says the camp is “always remote.” Remoteness is one of the producers’ four criteria for selecting a filming location, “in order for the survivalists to have that sense of isolation.”

Bittner listed the remaining criteria: “The resources that are available,” chiefly “the means to procure drinking water”; “Temperatures…in a range that is not going to cause too many problems for [the contestants]”; and producers’ ability to “put in a robust evacuation procedure, should the need arise. We’ve got to have access to urgent medical care, in terms of a trauma room.”

According to Rankin, the only truly scripted moment in each show is when the two contestants meet for the first time. “That has to be choreographed because we’re shooting two people walking to a spot,” he explained. “That’s as much as we do. The rest of the time, they just have to figure out how to do it themselves.” (It takes approximately two hours to film the meeting.)

“We don’t give them sandwiches at the end of the day,” Bittner added. “They will ask for things -– they ask for Snickers bars and cake and spray and whatever -– but it’s very much what you see.”

Bittner also said that the single biggest opponent on Naked And Afraid is the contestant’s own mind. “If you lose your mental strength,” she said, “or your motivation, it’s over. A big part of what I do is to remind them–when they’re having these lows, when they’re like, ‘I don’t want to do this any more’ -– remind them why they’re there…reminding them why you’re here, and what you signed up for, and you have it in you.”

Given the almost hilariously small Naked And Afraid payment each participant gets, self-motivation is practically a must.

Naked And Afraid XL airs Sunday nights at 9 on Discovery.

(Photo credits: Is Naked and Afraid scripted via Discovery)

Is Caitlyn Jenner attracted to men, or to women?