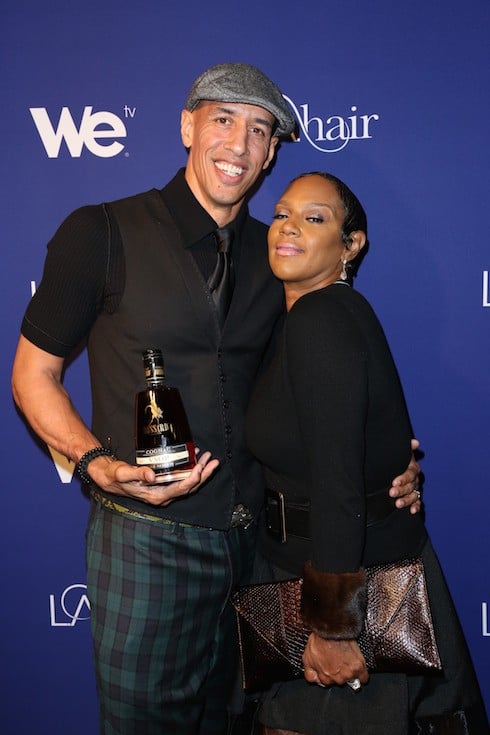 How did Jackie Christie meet her husband? Jackie is the longest-tenured member of the Basketball Wives LA cast, having been a part of the show since its debut in 2011. Additionally, Jackie is one of only two members of the Basketball Wives LA Season 5 cast to actually be a Basketball Wife; while everyone other than herself and Brandi Maxiell is a Basketball Girlfriend (or Basketball Baby Mama), Jackie and her husband Doug Christie have been married for ages. In fact, congratulations are due for the couple, who celebrate their 20th wedding anniversary this year!

So, how did they meet? Apparently, it was as simple as a mutual friend: according to one account of their relationship’s earliest days, Jackie and Doug got hooked up by a man named Stevie P., who went to high school with Doug and knew Jackie from her early forays into fashion modeling. Stevie thought that Doug’s interest in fashion would give the two something to talk about, and he “called Jackie to meet them at a [Seattle] sports bar” while Doug was back home during the All-Star break. The two hit it off immediately, and things accelerated once Doug was introduced to–and got along very well with–Takari, Jackie’s daughter from a previous relationship.

As far as their early relationship’s timeline, it’s alleged that Jackie and Doug met when Takari was three years old. Since she was born in 1990, it looks like the pair’s first date was in 1993. Doug proposed in 1996, and he and Jackie were married just three days later. According to Jackie herself, there was no hesitation on her part. She explained as much in a Huffington Post interview: “When he asked me to marry him, I didn’t even hesitate. He even said, ‘We can get married today if you want,’ but I said, ‘We have to contact your agent and get a license,’ and all of that. After that, we went into the house and talked for hours about the wedding and what we wanted to do…and, three days later, we got married.”

(Here’s a super-sweet snapshot of the couple on their first wedding day, courtesy of Bossip.) 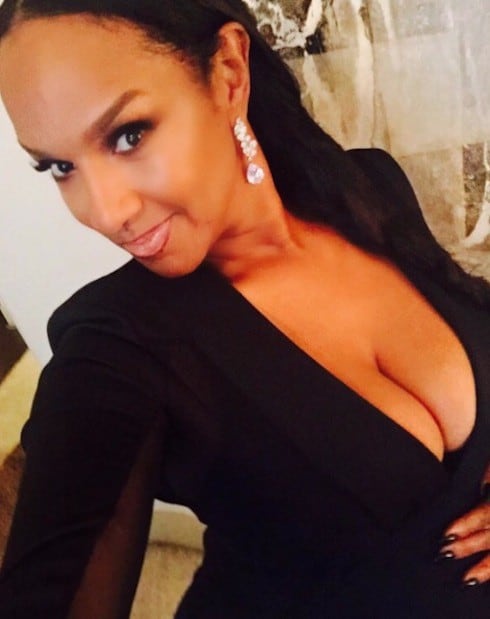 And what’s the secret to their legendarily tight relationship’s success? For one thing, it sounds like Jackie and Doug trust one another about as thoroughly as two people can. (Though, to be fair to some of the more prevalent rumors about Jackie, it sounds like there’s a fair bit of jealousy mixed in. At least one report claims that she “accompanied him during interviews with certain female reporters to be sure there was no funny business,” and once “summoned the voice of Beelzebub and screamed” at a female fan who approached Doug for an autograph during his days in Torondo.)

It doesn’t hurt that the two also renew their vows–complete with a huge ceremony and reception–every year. Playing by the “fifteen-minute” rule doesn’t hurt, either: if they’re in the middle of an argument, Jackie and Doug do not let more than fifteen minutes of silence pass before they work the problem out. “If I know my husband is in the kitchen cooking dinner, I’m not going to go down to my room and sit down, put my feet up and start reading a book and hours go by and we don’t talk,” Jackie explained. “I’ll get up immediately, and go down into the kitchen. And it’s funny because we’ll meet halfway there — he’ll usually meet me in the living room. Or I’ll go to the kitchen and he’s already standing there with a glass of lemonade for me and a hug. We don’t let any time pass when we’re angry with each other.”

In addition to all that, Jackie has one more piece of advice for the wives of the world: If you’re worried about your husband cheating on you, you should “check your man’s balls.” What, exactly, does that mean? According to Jackie, who explains her logic to Shaunie O’Neal in a Basketball Wives LA Season 5 preview, “You gotta make sure. If you look [at his balls] and it looks empty, that means he’s done something, while I was gone, to himself….If they’re not full…who emptied them?”

And how does Jackie know Doug “did something” to himself? “He wouldn’t do it with anyone else,” she explains. It’s all a part of what Jackie has dubbed the “Ball Status Check,” and she assures Shaunie she performs it herself every time Doug comes back from an out-of-town trip.

Is Jackie right? Judge her advice for yourself:

RELATED ARTICLES: Basketball Wives LA Season 5: Who are the wives married to?