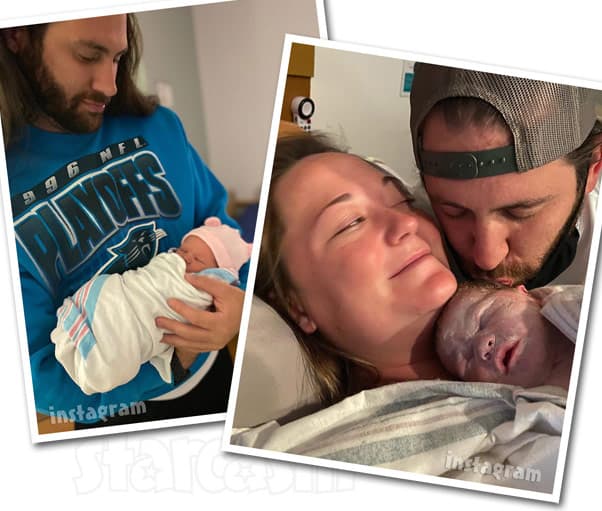 Chase, who has previously asked for privacy concerning Sara and the pregnancy, made the announcement himself on Instagram with a gallery of 10 images of the couple’s little bundle of joy. The gallery also included a photo of Sara herself, just after the birth.

“You scared me, little one, coming so early but what a blessing you turned out to be,” Chase captioned the gallery posted on Wednesday. (Embedded below.)

“I always rolled my eyes and laughed at the prospect of fatherhood before but as cliche as it sounds you’re the world to me now,” the proud new pop continued. “From the moment I saw you my eyes teared up and I instantly fell in love. It’s crazy going from having yourself as number one to putting someone else there. I guess one can change.”

Chase then revealed the little girl’s full name. “I’m happy to welcome you into the world, Aurora Joyce Severino. I love you with all my heart.” He concluded with a series of hash tags and emoji that included #AJ, #girldad, #hellobeautiful, #appleofmyeye🍎, #babygirl, #stinkypoops💩 and #babywin.

It’s unclear what the exact birth day is for Aurora. In the gallery, there is one photo of her on a scale on September 6 and she weighed 6 pounds, 12 ounces at the time. It appears that the time is just after 5AM, so I am assuming that Aurora either arrived early in the AM on September 6, or late in the night on September 5.

When Chase and Whitney first announced back in May that he was dating Sara and was going to be a dad, they stated that the baby was due in October. Meanwhile, there were online baby registries for Chase and Sara online that listed a due date of September 25. Either way, Aurora was well ahead of schedule.

Congratulations to Chase and Sara! I realize that their “rekindled” relationship has added a lot of fuel to the rumors that Whitney and Chase’s relationship and engagement were faked for the cameras last season, but the possibility that we were frauded by “reality” show producers certainly shouldn’t prevent us from wishing Chase, Sara and Aurora the best!

Whitney recently revealed that My Big Fat Fabulous Life will be returning for another season in November, and I assume that it will address her split from Chase to some degree. It’s unknown if he will actually appear on the new season, or if the birth of Aurora will be included.

One story line that will almost certainly be included is the blossoming romance between Whitney’s burly bestie Buddy Bell and his new girlfriend, Brittany Sherman! Click here for the scoop on Buddy and his boo!