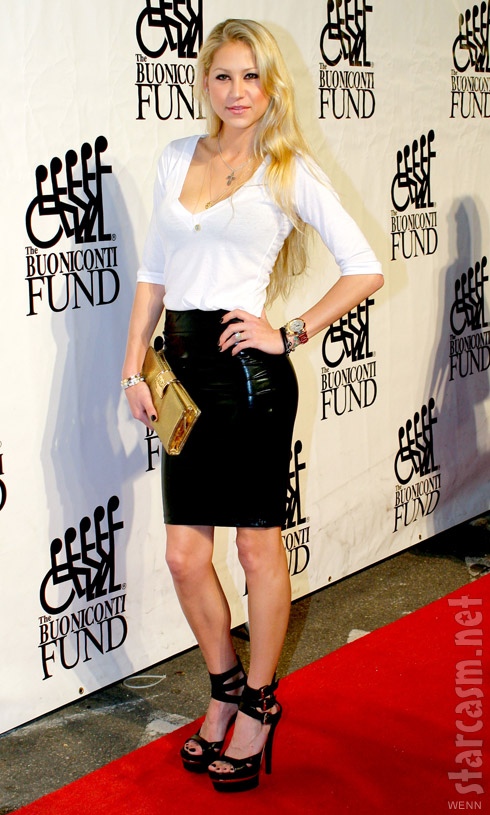 When Ramon and Jessica of Biggest Loser Season 12 announced to the world that they were in love everyone seemed to swoon with happiness at their sunset and non-alcoholic champagne romance on the Ranch. Almost everyone.

Former professional tennis player Anna Kournikova, who is working as one of the trainers on the show this season, called them out. First, she took Jessica aside and reminded her not to let Ramon become more important than her weight loss journey. Then, while Ramon was standing half-naked on the scale dealing with a disappointing number, she brought it up again. She said that Ramon and Jessica needed to keep their focus. That it is hard to focus on yourself when you’re in a relationship. She remembered, she said, trying to play tennis at Wimbledon with her boyfriend in the stands. “It was impossible to focus.”

Whoa there. Sounds like the skinny, fit people on BL12 might have some tangled up emotional issues to deal with, too. Anna couldn’t focus at Wimbledon? The problem was a boyfriend in the stands? Interesssting. Verrrrry interesssssting. So . . who is this boyfriend, and why is this episode in her professional tennis career still on her mind?

Well Anna’s history at Wimbledon goes like this: She made her debut in Women’s singles in 1997 and made it to the Semi-Finals. Injuries kept her away for a few years, and she lost in early rounds in some others; but, in 2000 and 2002, she made it to the semis again in doubles. In mixed doubles, she also made it to the quarter finals in 2002. In 2003, she left the WTA tour; but, in 2010, she joined with Martina Hingis again to compete in an invitational doubles event during Wimbledon’s famous fortnight of play. 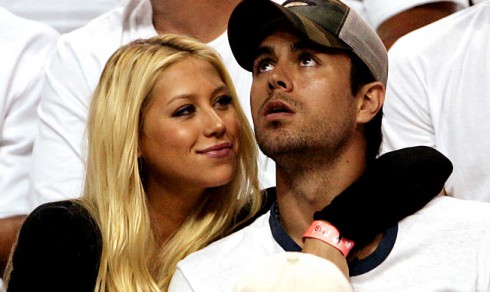 And, Anna’s love life is refreshingly easy to track, too. In 1997, she was still a baby. Well, to be precise, she was 16 years old. But, I’m pretty sure that even if she had snuck a boyfriend passed her family, trainers, and handlers those days, he wouldn’t have been sitting in the stands while she played in her first grand slam tournament. That leaves, 2000, 2002, and 2010. 2000 is a mystery; but, from 2001 on, Anna has been with just one man–latin pop icon, Enrique Iglesias.

Kournikova and Iglesias started dating in 2001, after Anna starred (with Enrique) in the video for his single, “Escape.” So, by the time the 2002 Wimbledon appearance rolled around, he would’ve been her man in the stands. My guess, though, is that Anna’s comment on The Biggest Loser referred to Enrique being in the stands for her 2010 Wimbledon doubles comeback. By then, the couple had been together 8 years very publicly and there would be no reason for him not to go support her. Or, so they thought.

In 2010 Kournikova and Hingis defeated their competition (Samantha Smith and Ann Hobbs of Great Britain), but apparently Anna did not perform at the level she expected of herself. She just couldn’t ignore Enrique’s smoldering stare. I guess she doesn’t want Jessica and Ramon to suffer her fate. 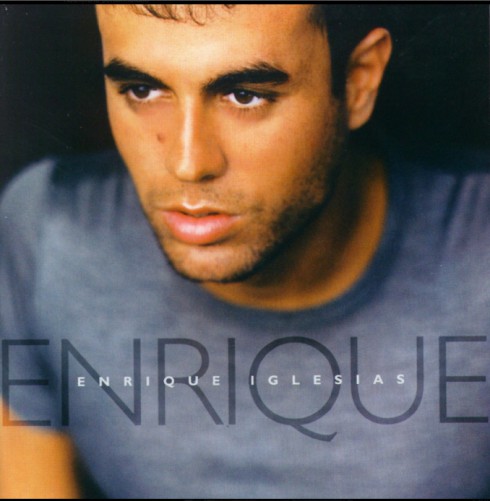 Here’s the video that started it all: Iglesias’s “Escape.” If you haven’t seen this before, don’t worry. You won’t have any trouble recognizing Anna (or imagining how starring in this video might have led to . . . um . . . to something more).

NBC to fire Conan O’Brien from The Tonight Show and replace him with Jerry Seinfeld?