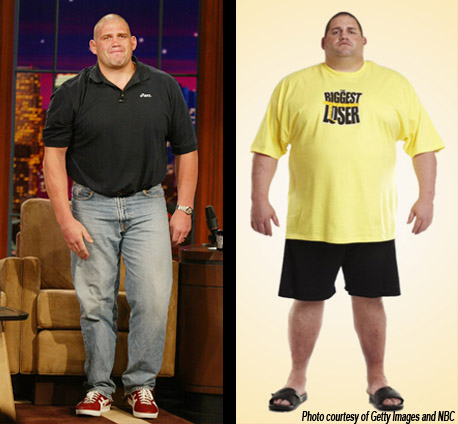 Maybe Olympic Gold Medalist Rulon Gardner walked off the Biggest Loser because he didn’t want to lose any more weight.  Weighing too much is a problem for a wrestler, but so is weighing too little.  And, now, it seems like there may be a Greco-Roman Wrestling comeback in Rulon’s plans.

Gardner was the first contestant ever to walk off the Biggest Loser, although he was certainly not the first to say he was ready to leave the show.  Gardner had been talking about wanting to  go home for his last several weeks on the ranch, and he hadn’t seemed happy at all.

Rulon had remarkable success on the show, though, losing enough weight to get back to the 288 lb shape he was in when he won the Gold Medal in the 2000 Summer games in Australia. 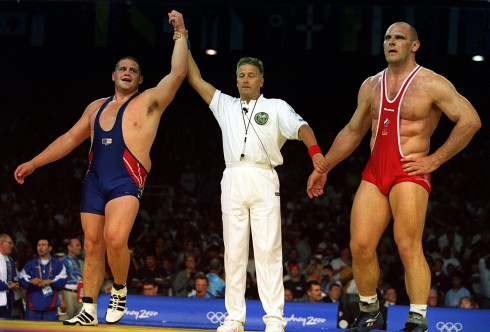 Some liken Gardner’s performance in the 2000 Olympics to the U.S. Hockey Team’s defeat of the Soviet Union in 1980.  No one saw it coming.  No one thought it possible. The Russian champion, Aleksandr Karelin was unstoppable .  But, Rulon Gardner, the unknown Wyoming farmer with the bald head and the barrel chest became the giant killer and  brought home the gold for the U.S.

In the video that Rulon plays as an introduction to his motivational speaking engagements, you can get a sense of what a remarkable accomplishment Gardner’s victory was, and you can see moments from the match itself.    Be warned, though, the clip is seven minutes long, and you have to suffer through a bizarre sequence with Karelin’s voice modified to sound like Lurch from the Adams Family and some awkward Bob Costas references to Greek mythology to get to Rulon’s gold medal winning performance. 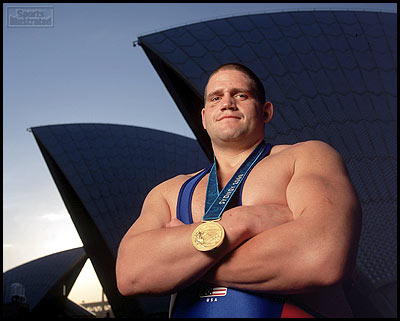 Given his success on the ranch,we can take some of Gardner’s comments on his decision to leave The Biggest Loser at face value.  He had achieved his goals, he missed his wife, he had opportunities at home that that he didn’t want to miss, and he was ready.

At the same time, the last few weeks Rulon was on the ranch couldn’t have been too fun for him.  After losing his partner, Justin Pope, to elimination in episode 12, Rulon just didn’t have the same energy.  He had to deal with Ken Andrews’ trash talk in his post elimination interview.  And, in his last episode, Rulon lost the Nascar challenge to Tara Costa.  Everyone knows that Tara is a great competitor, but it still must have been tough for Rulon to lose a strength challenge . . . to a girl. 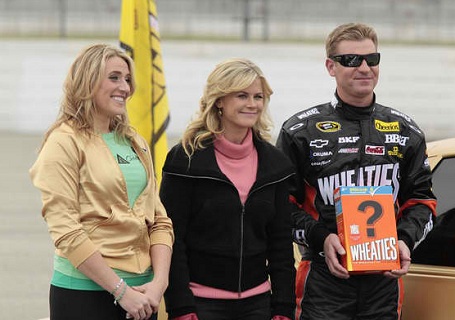 Some recent events suggest that there may have been something other than homesickness and disappointment motivating Rulon to walk away from the $250,000 prize that he was on track to win.  Mat.com, the official website of the United States Wrestling Team, reports that Gardner has been working out with the team at the Olympic Training Center in Colorado Springs, Colorado.  They also report that he is “seriously considering lacing back on the shoes again as an athlete.” 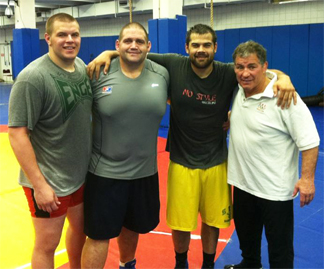 When asked what it was like to be back in the Olympic Training facility, Gardner said,

“It feels scary. By winning an Olympic medal the last time you were on the mat, you leave with success. I was completely satisfied with that bronze and with my career. Now that I am back on the mat, I don’t feel like missing the last seven years has even affected me. The coaches that watched me at practice, I know they are excited about the possibility of me helping further the sport of Greco-Roman wrestling. If I don’t make the team, at least I hope to make the team better.”

Rulon’s future with the US Wrestling Team may not be clear, but his intentions sure seem to be.  He is going to make another run at it.  See what he can do on and off the mat to help the U.S bring home the gold once again.  Don’t think he can do it?  Watch the video.  That’s what Karelin thought, too.