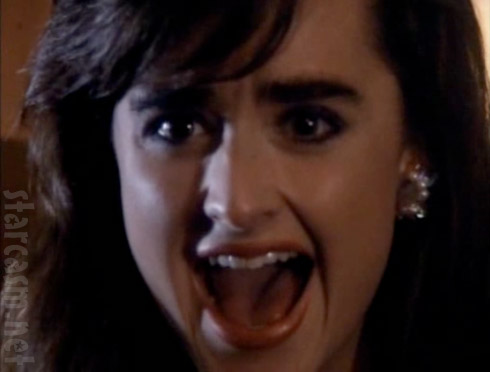 Forget all the Real Housewives of Beverly Hills drama that takes place each and every week on Bravo, it simply can’t compare to what this group of ladies did in front of the camera in the ’70s and ’80s! In addition to Kim Richards’ extensive acting resume and Lisa Vanderpump’s heart-racing swimsuit appearance on Silk Stalkings as well as ABC’s video for “Poison Arrow,” Kyle Richards also spent a good deal of time on screen, including a lead role in the 1989 slasher film Curfew! 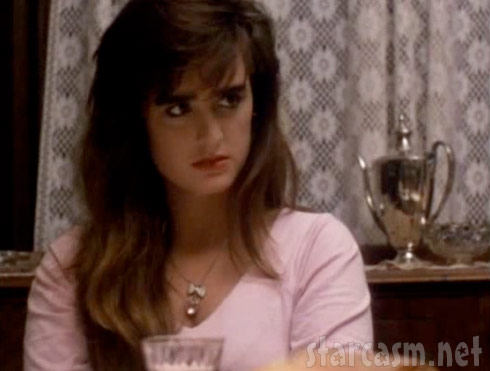 In the film Kyle plays teenager Stephanie Davenport, who has the usual teenager’s desire to stay out late and have a good time. But, one night while out past curfew, Stephanie returns home to find her mom and dad (a District Attorney) being held captive by two escaped death row inmates looking to exact revenge on everyone who put them away! After that, it’s just a whole lot of blood and bodies until Stephanie lil Kyle Richards and her ’80s hair and stone washed denim miniskirt put an end to it!

Someone with the Twitter ID @AngeloSinger82 dug up this “trailer” for the film on Youtube featuring a number of great scenes with Kyle. (She’s not the young woman in the very beginning, but you will recognize her later in the clip.) What’s makes the trailer even better is that it is dubbed in another language! Perfecto!

That clip was great, but it leaves out Kyle’s best scene! Check out this next clip in which a “disgracefully” dressed Stephanie struts by her neighbor’s house on her way to a hot date:

“May I offer you a glass of lemonade?”

“Well, in that case then, can I offer you a pair of pants?”

I just know Kyle’s daughters are going to have a field day with this one! And something tells me this might get played the next time Kyle is in the Bravo clubhouse for Watch What Happens: Live! Oh, and Andy will probably sharing some of these screen caps as well… 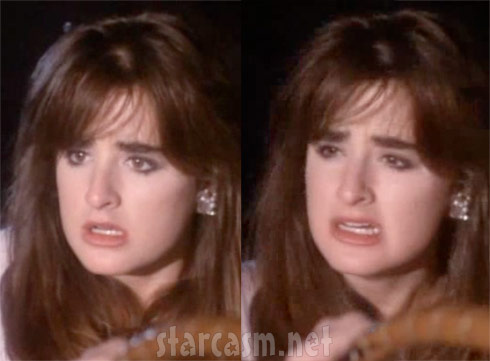 Kyle had a big laugh when she watched the trailer and tweeted the following in response to seeing it:

@AngeloSinger82 OMG, where did u find this?? Not in english too! I am 17 in this movie

That brought up a little bit of a discussion in which Kyle talked about some of the other horror films she has appeared in, including Car, Halloween, and Eaten Alive.

@KrisLund6 didn’t scare me WHILE filming Halloween, but SCARY to SEE myself in it for sure!! Nightmares! 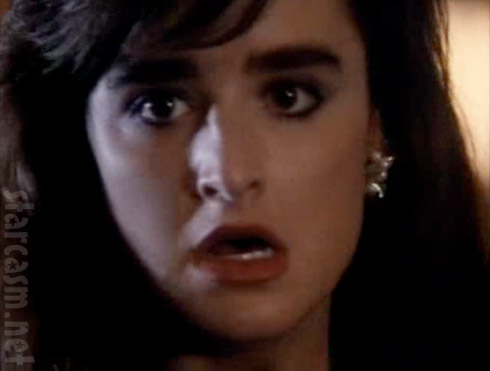 Curfew was directed by Gary Winick and co-starred Wendell Wellman and John Putch as maniacal murderous brothers Ray and Bob Perkins. There is a DVD listing on amazon but it is for the European PAL format, which won’t play in US DVD players. (Although it will play on a number of computer DVD drives)

Anyways, here are lots more screen caps of Kyle from the film Curfew in which it’s quite obvious she has her horro film facial expressions down pat! My favorites are the death stares that we have actually seen on The Real Housewives of Beverly Hills a few times! Like the one on the left here: 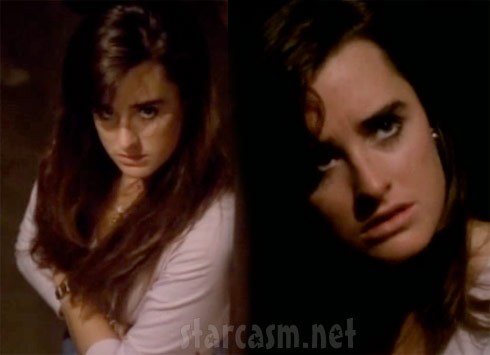 You know Camille stared down that double-barreled shotgun gaze on more than one occasion last season! And speaking of shotgun, 17-year-old Kyle Richards also showed she had some serious gun-totin’ skillz! 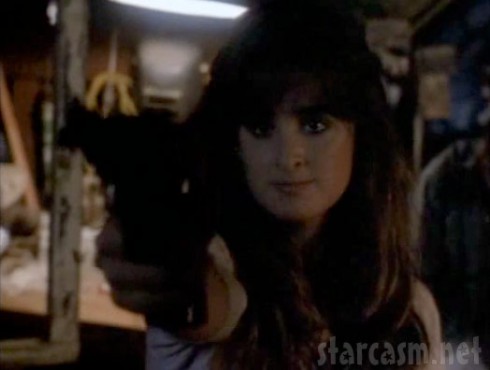 And you can’t have a slasher/thriller without a hot girl getting tied up! 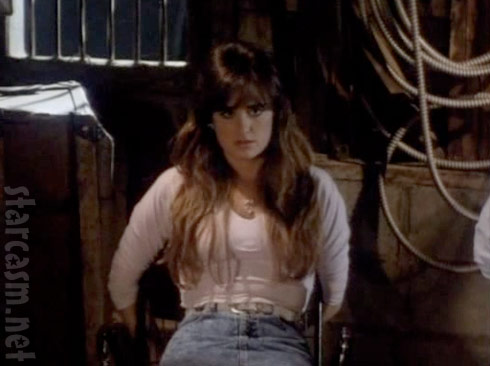 I liked Kyle a lot before, but with all that big hair and that mini skirt and those eyebrows, I think my “like” is turning into a bit of a crush. (I wonder if Mauricio has seen this movie?)

Oh, and be sure to like the Curfew fan page on Facebook! At the time of this post they have nine likes and the admin couldn’t be happier!