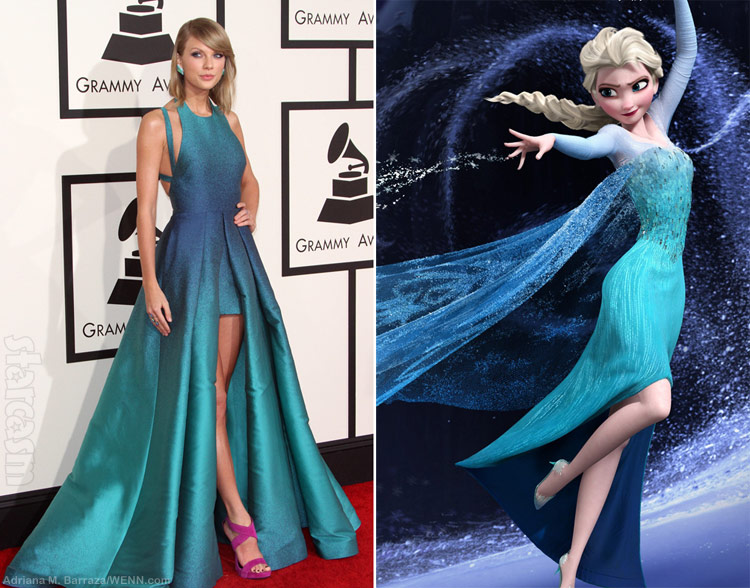 Taylor Swift was her typically charming and elegant-looking self during last night’s Grammy awards. The “Blank Space” singer posed for pics with seemingly everyone including, perhaps surprisingly, Kanye West and Diplo (she had the infamous Grammy sabotage from the former and a very public beef with the latter).

Taylor donned a teal Elie Saab gown with a look that quite a few folks via social media felt reminded them of perhaps the only bigger female pop star of 2014 – Elsa from Disney’s Frozen!

When you take a gander side-by-side (click on the image for a zoom) you can see the similarities – and hey, it’s a pretty cool compliment to be compared to a Disney princess.