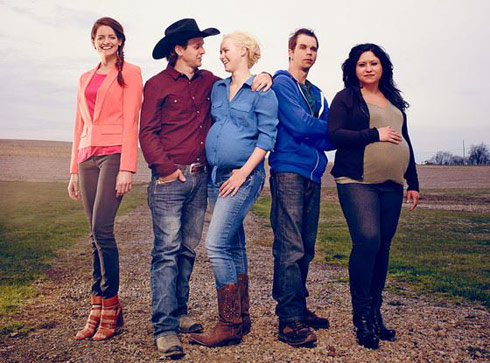 As we previously reported, the original cast of TLC’s hugely popular reality series Breaking Amish are returning to television screens this June for a third season titled Breaking Amish: Return to Amish. The network released the preview trailer for the upcoming season and it’s looking as though a better title might have been Breaking Amish: Return to Drama! Keep reading to watch the clip, and check out our hilarious quote graphics courtesy of Mary Schmucker.

As you may have surmised from the title, not only are the cast members returning to TLC, but they’re also returning to Pennsylvania. Well, except for professional model Kate Stoltzfus, who will be featured on the new season, but will remain in New York City. And, as you may also have surmised from the photo above and the trailer, another great title suggestion for the new season would have been Breaking Momish as both Rebecca Schmucker and Sabrina High were pregnant during filming. (Click here to see another preview clip featuring Sabrina struggling with her pregnancy available exclusively at E! Online.)

Ah, but weird food cravings and hospital trips look to be just a smidgen of the drama we can expect this season, which appears to include more fallout from the alleged hook up between Rebecca and Abe’s brother Andrew, Mary offering insight into “floppy vuh-jay-jay” myths for Sabrina, busted cell phones, Jeremiah being Jeremiah, pteromerhanophobia and Abe’s father joining the cast!

Here are some of the best quotes from the clip, all courtesy of Mary Schmucker (either talking or listening): 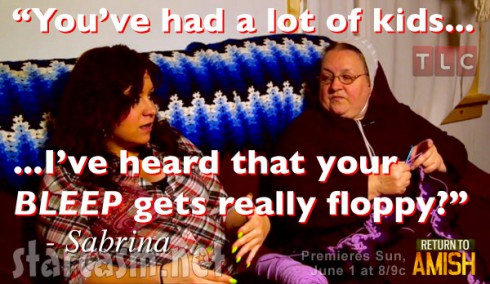 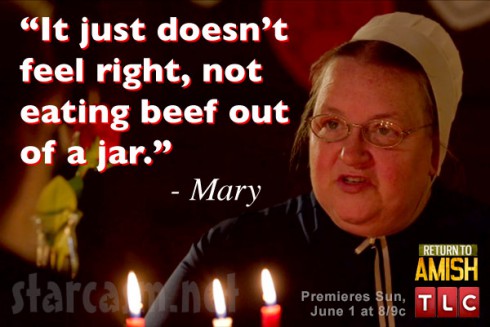 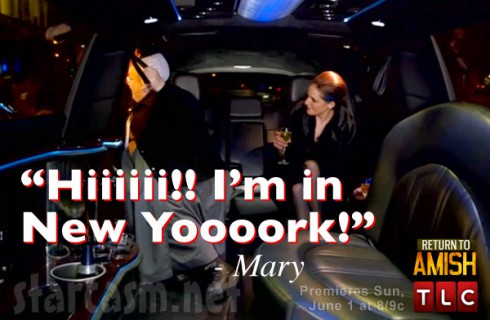 Catch up with Abe Schmucker, Rebecca Schmucker (I assume she changed her name from Rebecca Byler?), Sabrina High, Jeremiah Raber and Kate Stoltzfus on Breaking Amish: Return To Amish premiering Sunday, June 1 at 9/8c on TLC.

BREAKING AMISH Sabrina overdosed on heroin, brought back to life by EMTs – now back in rehab for ‘a long time’