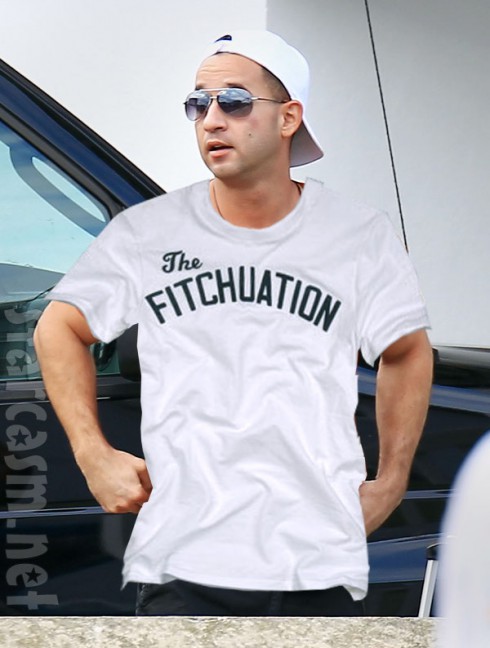 Mike “The Situation” Sorrentino has just lost his lawsuit against Abercrombie & Fitch. The former Jersey Shore star filed the suit in 2011, claiming that the clothing brand’s request that he stop wearing their clothing was a less-than-amusing publicity stunt and that one of their t-shirt lines was a rip-off of his popular nickname and the GTL catchphrase. In the suit, Mike was requesting $4 million in damages.

Following the lawsuit filing, Abercrombie & Fitch filed their own response papers in which they alleged that Mike was aware of the t-shirt line over a year in advance and never had any arguments about it. They also stated that their $10,000 offer to Mike to get him to stop wearing their clothes was simply their attempt at protecting their brand from the “raucous behavior on the show.” 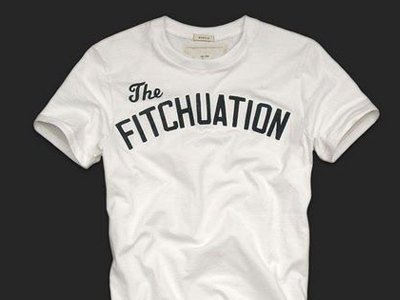 In addition, Abercrombie & Fitch stated that their ‘The Fitchuation’ and ‘G.T.L.’ t-shirts were made as a parody and not meant to seem signify that they own the phrases.

A&F’s t-shirt bearing the phrase ‘The Fitchuation’ was a pun or turn of phrase, parodying Sorrentino’s nickname for himself as ‘The Situation’. As Plaintiffs plead, Sorrentino has appeared on several nationally televised programs and as such is a public figure, subject to being parodied by virtue of his presence in the public eye. Additionally, the t-shirt bearing the phrase ‘G.T.L. (You Know The Deal) Fitch’, was poking fun at the Jersey Shore castmates self proclaimed habit of doing the ‘GTL’, i.e. ‘gym, tanning laundry.’

On June 28, a Florida judge issued his ruling in the case and unfortunately for Mike, it wasn’t in his favor. Perhaps he would have fared better had he previously gotten his nickname trademarked, but since he was denied his request, he legally has no rights to the phrase, “The Situation,” and even if he did, it’s unclear if that would have made a difference.

“The t-shirt expresses ‘The Fitchuation’ visually and phonetically different than ‘The Situation,'” Judge O’Sullivan explained in his ruling. “There is no evidence of A&F ‘palming off’ its t-shirt as that of the plaintiff’s where, as here, the t-shirt has the A&F inside label and prominently uses A&F’s own famous trademark ‘Fitch’ as part of the parody.”

“A&F used only so much of the plaintiff’s name as was reasonably necessary to respond to his wearing A&F’s brand on The Jersey Shore, and did not do anything that would suggest Sorrentino’s sponsorship or endorsement” Judge O’Sullivan adds. “A&F’s press release expressly disassociated Sorrentino from A&F, and the plaintiffs have conceded that no third party has expressed any confusion that the press release rejecting Sorrentino’s image somehow suggested sponsorship or endorsement by Sorrentino.”