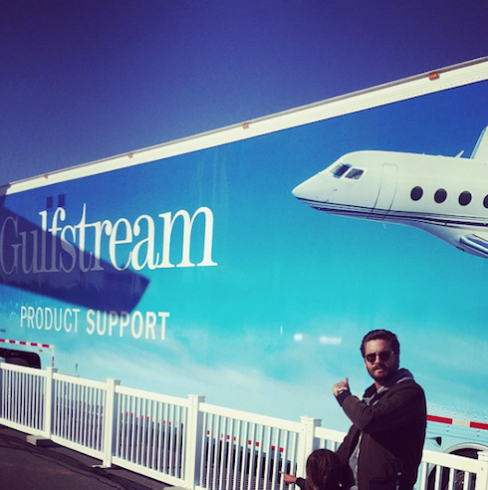 The Scott Disick net worth question has reared its mighty head on the regular in 2016, thanks to Disick’s high-profile expenditures and seemingly insivible intake. How much money is Scott Disick worth? And where does his money come from? As it turns out, the answers…are complicated.

The Scott Disick net worth matter came into sharper relief very early in the New Year indeed: within the first five days of 2016, Disick had snagged himself a new model girlfriend in the form of six-foot Swede Lina Sandberg, and went all in for Scott by purchasing a $6 million swagger pad in Hidden Hills CA. The 8,000 square foot house boasts two wings–one intended solely for children–along with a massive kitchen, and breathtaking views of the Pacific; you can check out a series of photographs here.

However, the purchase–which Disick made without unloading his current house–got people wondering about just how much money Scott Disick is worth. After all, his only obvious intake over the past couple of months has been $30,000 for an appearance at Las Vegas’ 1OAK on New Year’s Eve. That gig went well enough for Scotty to bag a return engagement, set for this Friday, but $60,000 in a couple of weeks is still not enough money to justify the huge expenses he’s been racking up. (Disick also raised eyebrows by going luxury car shopping with Tyga the day he was reportedly banned from Kim Kardashian’s hospital room following her delivery of Saint West.) 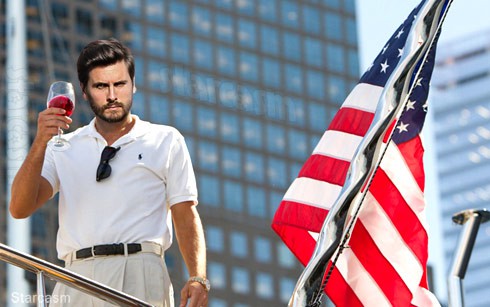 To begin with: celebrity net worth site The Richest calculates the Scott Disick net worth at a cool $12 million dollars. According to those folks, Disick earns a substantial portion of his income by managing Kardashian-affiliated brands such as RejuviCare, Monte Carlo Self-Tanning Gel, and QuickTrim. Disick was also well-known for helping launch controversial New York City eatery Ryu, though that particular establishment closed several years ago.

(Celebrity Net Worth does claim that Scott’s net worth is a touch higher, at $16 million dollars–and that he snags $4 million per year from Keeping Up With The Kardashians appearances alone. However, CNW lists no sources for those figures, and doesn’t references any other means of checking up on its numbers. Take them with a grain of salt.)

It’s also worth pointing out that family money plays a role in the Scott Disick net worth question: Disick’s parents were New York-area real estate developers, and their estimated worth, upon their passing (his mother, Bonnie, died in October of 2013, and his father, Jeffrey, followed in January of 2014), was approximately $25 million.

So, there’s a lot of inherited wealth to factor in. And Disick himself has addressed what he does on a handful of occasions–though his answers, like the one he gave to Haute Living back in early 2013, aren’t always illustrative:

Most of my work is done on the phone or from a home office due to the fact I deal with a lot of people in other cities, though most are in New York. I’m sure a lot of people have no idea what it is that I do. The truth is I work in various industries. I have done a lot of private label manufacturing in the nutrition biz and have raised money for startup companies. I tend to invest money into nightlife businesses the friends of mine that are involved in nightclubs and what not. 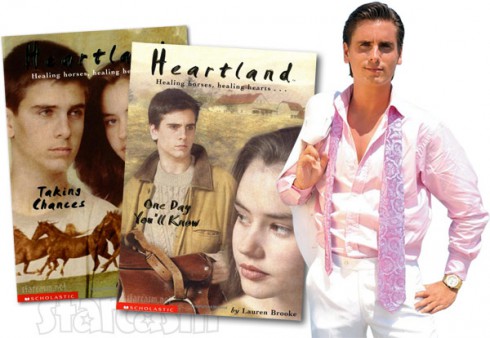 Of course, it’s also possible that Scott Disick’s net worth is still being stabilized (if not outright augmented) by the time he posed as a cover model for a series of Scholastic kids books back in the 90s. Disick was supposed to be the character Ty Baldwin, who, according to his character profile (and no, we’re not making this up), is the stable hand at the titular Heartland ranch, along with being the best friend of Amy, the series’ main character. Ty, say avid readers of the Heartland series, “understands [Amy] when no one else can.”

(Devotées will recall that this is not the first time a Kardashian associate has dipped a toe into the literary world: Kendall and Kylie Jenner turned heads for various reasons when they half-penned Rebels: City of Indra: The Story of Lex and Livia, their young adult novel, back in 2014.) 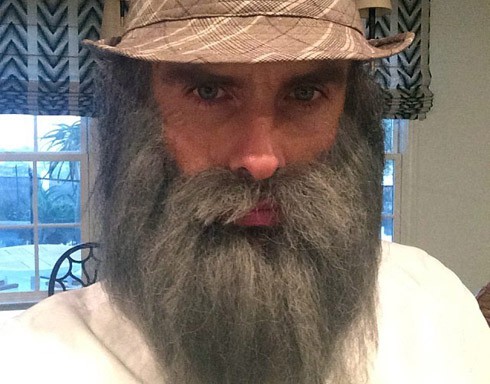 There’s also the nebulous–but undeniable–fact of Disick’s internet celebrity to account for. As previous pieces on Kendall Jenner and Kylie Jenner’s net worth have taught us, marketers are eager to have their products advertised on the social media accounts of popular people. Scott Disick has over thirteen million followers on Instagram, which means it was a no-brainer for the Dollar Shave Club to sign Disick up for an endorsement deal during No Shave November.

And, beyond that, there’s the fact that Scott Disick is a sought-after reality TV personality and male model. His Keeping Up With The Kardashians contract continues to pay him as long as he’s available for filming, the income stream from which is so lucrative that Scott reportedly never even entertained the offer the Kardashians made him last October, just before his fourth stint in rehab: take $20 million dollars, and go away from us…forever.

So, while the exact amount of money that Scott Disick is worth might be hidden deliberately by Scott himself, it seems clear enough that his overall job, as mysterious as that of Barney Stinson on How I Met Your Mother, is more or less a general businessman. The difference, of course, is that while Disick has a broad portfolio, he also gets paid to look good and be famous, and, at this point, is basically a self-perpetuating machine.

A $2 million day in the luxurious life of Scott Disick