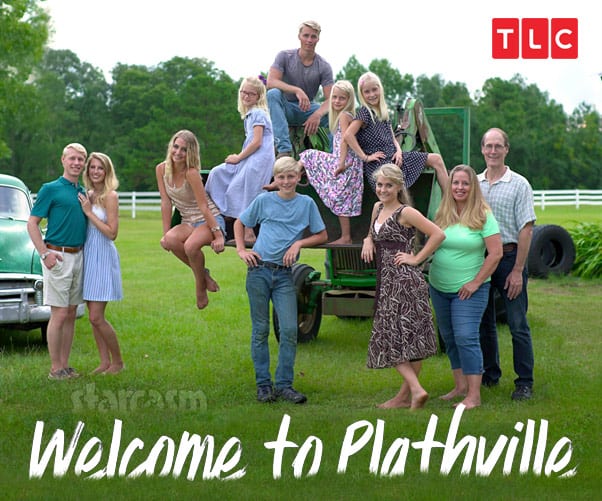 TLC will be introducing viewers to another Southern Quiverfull family this week with the premiere of their new reality series Welcome To Plathville. The show features the Plath family, which includes parents Barry and Kim Plath as well as their nine children ranging in ages from six to twenty-one. It’s unclear if the topic will be addressed on the show, but there was a tenth child that died in a tragic accident a little over a decade ago — something Kim has been quite open about online.

On the Plath family website, Kim reveals that their son Joshua died when he was 15 months old after she accidentally ran over him with the family’s Suburban while planting trees. In addition to talking about how the aftermath was like “Hell on Earth,” Kim also humbly admits that she would have judged her husband Barry much more harshly if it had been him.

Barry didn’t judge Kim at all, however, and it was through his love and their mutual faith that she was able to regain the will to live and the capacity to experience joy in her life again.

In the fall of 2008 I was transplanting fruit trees with our Suburban, pregnant with our 8th child. I looked for our 17-month old Joshua, saw that he was away from the vehicle, then pulled forward to get the next tree. In a panic, I realized what had happened. I ran over our Joshua. I lived the next hour nonstop in my brain for the next 8 months.

My husband Barry followed an ambulance home from work that day. Joshua died before he got there. I lived in Hell on earth. I woke up every morning and functioned. But just barely. I wanted to die. I read in my Bible, “Abel’s blood crieth to me from the ground.” The next day I read “hands that shed innocent blood.” I stopped reading my Bible. “Oh, God, Help me!” was all I could pray and I prayed it without ceasing. My husband was dealing with losing his son and his wife. I was gone. Checked out. Unavailable for conversations or reality. If someone said Joshua’s name I had to leave the room.

A couple of months after the rest of the world resumed a normal life, Barry read John 6:16-21. The disciples were in the boat, and in the next verse “they were on the other side.” God showed Barry that He would get me to the other side. I would be healed. Barry didn’t tell me. He just kept silently, gently loving me. Mother’s day weekend, God healed me. I can’t explain it other than He re-wrote the bad coding in my brain. He took the ruts in my brain that had been running that same movie in my mind and filled them with His Spirit. The movie stopped. I wanted to live again. I was with my family again. I could hear Joshua’s name and I could talk about him again. My sweet husband, through his patience, love, and faith, got his wife back. My respect for this man soars when I think of how strong he was when I needed him most.

God has been so faithful to our family for getting us through such a horrific event. He has indeed fully restored our joy. And we are forever grateful!

Joshuah would be twelve years old now. Kim mentions in her post that she was pregnant at the time of Joshua’s death, and that child was their daughter Amber, who is now 10. Barry and Kim would eventually welcome two more children after Amber.

Here is a full list of the Welcome To Plathville children and their ages:

Welcome To Plathville premieres on Tuesday, November 5 at 10/9c on TLC. Here’s the preview trailer to get you introduced to the Plath family:

Where is Welcome to Plathville filmed? What town do the Plaths actually live in?