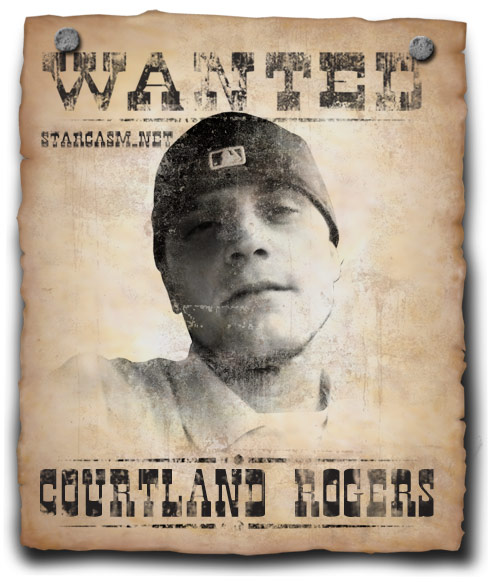 Courtland Rogers, the estranged husband of Teen Mom 2 cast member Jenelle Evans, is apparently in hot water again as a warrant has been issued for his arrest in relation to some stolen and pawned jewelry.

Radar got confirmation from detective Matthew Monroe that there is a warrant for Rogers’ arrest.

Rogers was crashing with McMillan. She told Radar:

“I was trying to help him get into a treatment program and had even talked with a doctor. He was telling me he wanted to get sober and get away from drugs. I figured out he didn’t want any help after a few days. In the last text he sent me, he said he was going to pick up his money. That’s when he left my house and never came back. I now know he meant going to pawn my stuff.”

“He knew I was going out of town the next day and he couldn’t stay at my house. I think he was hoping I wouldn’t notice my stuff was gone before I left. I definitely noticed it was gone shortly after. It was the stuff I considered sentimental. Two of the rings he did take were actually the most sentimental things I own. They are both rings from each of my grandmothers.”

“I contacted the police and never said anything to him. I found out he had a history with pawning things and his mother had even gone to pawn shops to tell them not to let him pawn anything. I thought considering that, there was a chance he couldn’t pawn it and still had it on him. I wanted the police to have the chance to get it back. If he thought I knew it was gone he might get rid of it somewhere and I’d never get it back.”

Just for good measure, here’s the police evidence pics of the recovered jewelry: 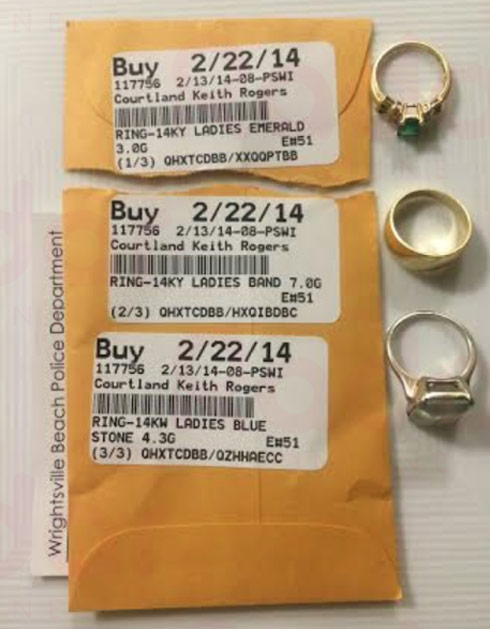 Rogers, who has frequently been in trouble with the law, could face felony larceny if the value of the jewelry exceeds $1,000.

Wouldn’t you just know Courtland tweeted out about the situation as I was writing this up:

Smh there is so much more to that story that nobody knows this is crazy!! Go ahead put me down say whatever y’all wanna say I know the truth

I wonder if Rogers is tweeting out before getting arrested? Good. Grief.