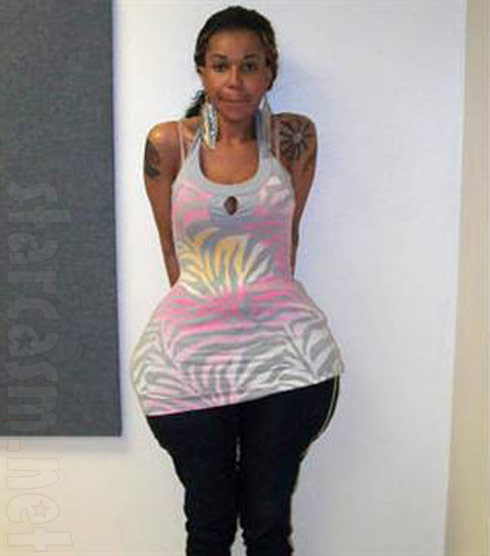 In perhaps the greatest “Badonkadon’t try this at home” story ever, Miami Gardens Police arrested Oneal Morris Friday after he reportedly injected a combination of cement, Fix-a-Flat, and mineral oil into a patient’s rear before sealing up the incisions with Super Glue. Police were made aware of the situation when the patient in question had to be hospitalized for a “serious medical condition as a result of the injections.”

“This cocktail of chemicals went into her body and caused her terrific pain,” Sgt. Bill Bamford said. 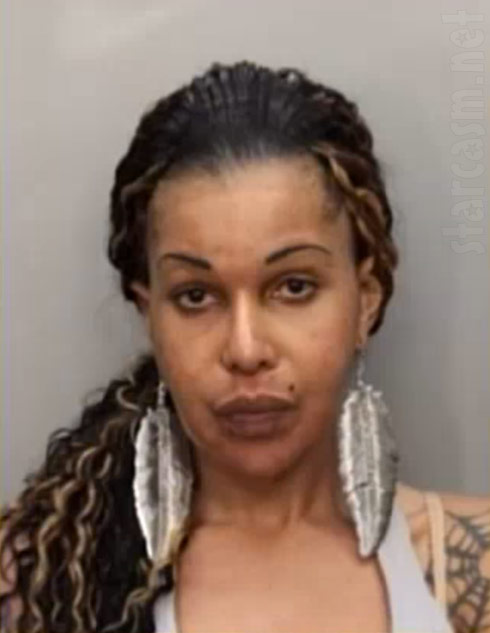 Oneal Ron Morris, a 30-year-old transgendered woman who is legally still a man, reportedly used the same procedure on herself, as evidenced by the jaw-dropping amount of junk trunk in her booking photos! The frontal view at the top of this post is shocking enough, but it is nothing compared to the side view: 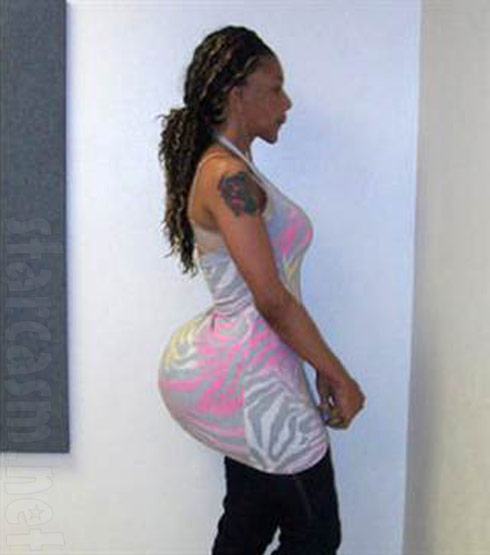 And another mug shot photo from her arrest: 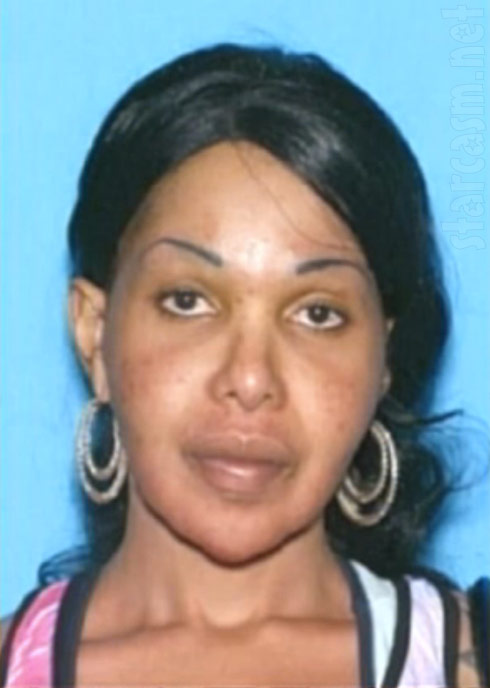 Morris has been charged with practicing medicine without a license.

Police are worried that the victim who came forward and Morris him/herself aren’t the only victims of her illegal plastic surgery practice and they are encouraging others to come forward. They urge any potential victims, or anyone with more information on Morris, to call Miami Gardens Police at 305-474-1420.

Oh, and it appears that overly Kim Kardashifying people isn’t the only time Oneal Morris has had issues with the law. I uncovered this mug shot photo from 2001 when Morris was only 20. The charge was grand theft motor vehicle. I hope police checked the trunk! 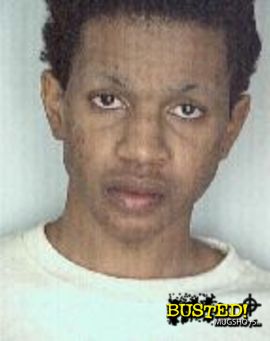 Here are a couple local video reports about the arrest of Oneal Morris:

After plastic surgery, this Angelina Jolie lookalike is actually a good lookalike