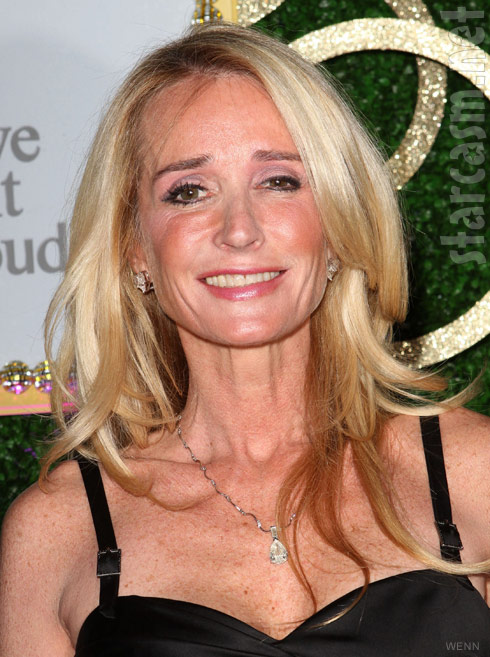 Kim Richards is in the midst of completely reinventing herself. After revealing to Andy Cohen that she was an alcoholic during the season 2 reunion of Real Housewives of Beverly Hills, she entered rehab where she remained for 30 days. Now that she has tackled her addiction, she’s fixing some other things — starting with her nose! 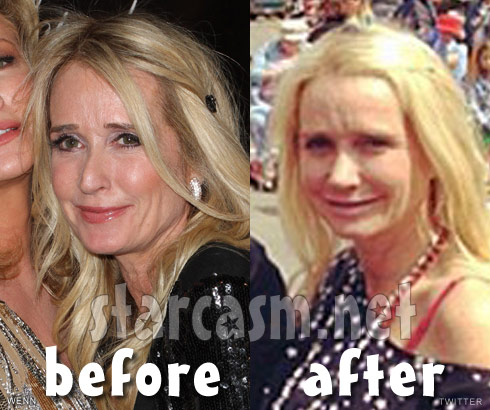 Richards recently went under the knife to make her nose a bit more camera-ready. “It wasn’t a huge nip/tuck,” a source explained to Wetpaint Entertainment. “It was more of a small tweak to the bridge. It had always been bothering her and she finally decided to do something about it.” Luckily for us, Kyle posted a photo on Instagram, revealing her new nose (seen zoomed in above as the “after” photo), so we won’t have to wait until the season airs!

Here’s the original photo shared by Kyle Richards along with the tweet, “With the family in the 4th of July parade” 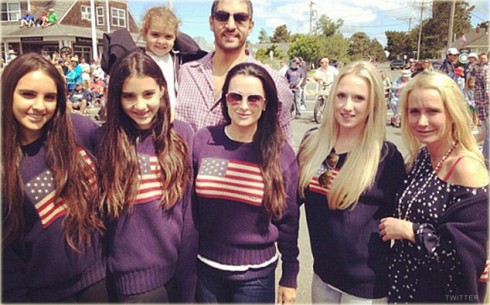 The reality star has been busy filming season 3 of Real Housewives of Beverly Hills which makes us wonder, did Richards’ co-star (and Adrienne Maloof’s husband) Dr. Paul Nassif do the job? Reports say no! However, we still may see the procedure on the show. In fact, since she debuted her new nose at her sister’s White Party, we can almost guarantee it! Bravo wouldn’t leave such a fun scene out of the show, would they?

“She had it done just a few weeks ago,” Wet Paint’s source continues. “So at her sister Kyle’s annual White Party on June 30, she was showing the results off. She seemed really pleased. Everyone was telling her how great it looked.”

UPDATE – Here are a couple more Kim Richards plastic surgery before and after photos with the “after” photos coming from Kim’s appearance at her sister Kyle Richards’ pre-opening celebration for her store Kyle By Alene Too on July 22, 2012. In these photos the subtle difference is a little more clear. 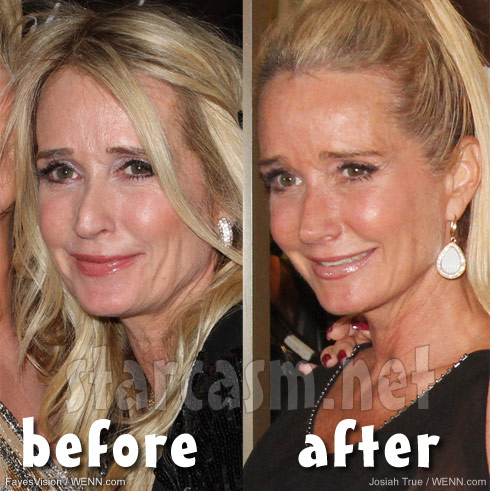 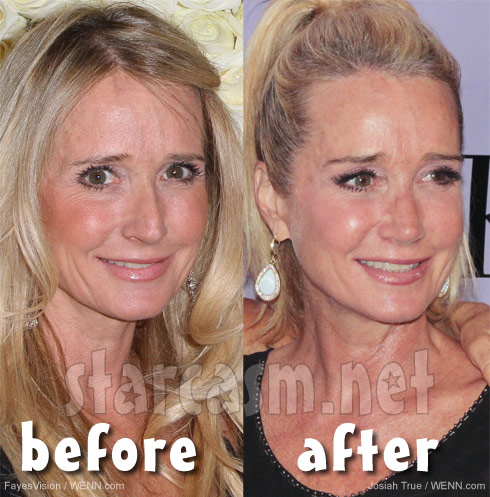 Fans may remember Richards’ last visit to a plastic surgeon’s office which ended in her admitting to being on several medications. Dr. Nassif, her surgeon at that time, was alarmed by the toxic cocktail which she had been prescribed. In fact, he expressed his concern for her mixing the drugs with alcohol, saying it would be extremely “dangerous.”

Thankfully, Richards is now doing better than ever with her sobriety and has mended her relationship with her family — including sister Kyle whom she had come to blows with several times during the season because of her addiction. After her rehab stint earlier this year, Richards also gave Ken Blumenfeld (aka the gay bull-mastiff) the boot and is currently single, as far as we know.

Although we are super impressed with Richards’ new look, we are even more impressed at all the positive change she has made to her life and can’t wait until we get to see it all go down when Real Housewives of Beverly Hills season 3 returns to Bravo this fall! For a sneak peek at the new season, check out some new details here!

What do you think of Kim’s new look?