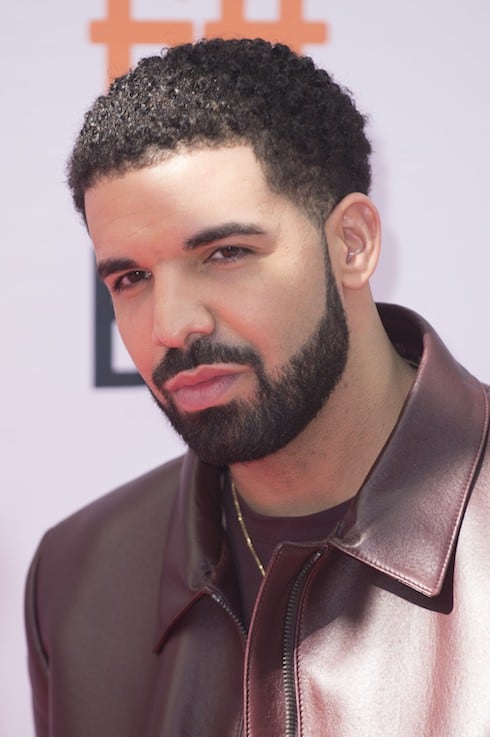 33-year-old Anthony “Fif” Soares, a long-time friend of Drake and member of Drake’s crew, was gunned down in the lobby of a Toronto high rise on September 14th. Police are still looking for the two shooters, and have released two separate security cam videos of Anthony Soares’ murder, in the hopes of identifying one or both of the men.

The Toronto Star quotes Detective Sergeant Gary Giroux in calling the murder “very focused.” The two shooters ran up on Soares with hoods up and guns drawn, shot at Soares through the lobby’s locked glass doors until their guns were empty, and fled in a white Ford Fusion driven by a third suspect. (Giroux wouldn’t say how many times Soares had been shot, but did say that a single fully-loaded semi-automatic handgun would hold between ten and fifteen rounds of ammunition.)

Additionally, Giroux pointed out that the shooter in the burgundy hoodie briefly grabbed the door handle to try and open it; after finding it locked, he used the sleeve of his hoodie to wipe his prints from the handle. “He was aware that he touched the frame of that door and he was concerned about it,” said Detective Sargeant Giroux. “Despite the fact that he was involved in a dynamic shooting, he was evidence conscious.”

Here’s the first of the two videos of Anthony Soares’ murder, this one of the shooting itself. Soares’ body is pixelated, but be warned–his murder is still horrifying to see:

And here’s the second video of Anthony Soares’ murder, this one taken from a camera aimed at the paved area in front of the building. The suspects’ getaway car drives past the camera to the left; then, the suspects come briefly into view, running to the right past the camera again; finally, they run back to the car, which has come to a stop a short distance from the front doors, and disappear from sight.

Shortly after getting news of Anthony Soares’ murder, a heartbroken Drake took to Instagram to share a tribute to his friend:

?????? RIP to one of our family members…our brother… I still can't even believe this morning was real. It was a honor to have shared years together and I will always keep your memory alive ?Forever Fif

As you might expect, his tribute didn’t stop there. A few days later, Toronto tattoo artist Inal Bersekov shared a photo of Drake’s newest ink: a tattoo of Soares’ face, captioned with “Forever Fif”:

Detective Seargeant Giroux did say that the police have one potential lead: the friend who dropped Soares off at the high rise just moments before Soares was killed. Giroux confirmed that the friend drove away when he saw the gunmen approaching, then “felt horrible about leaving,” but returned after Soares had already been killed. The “very distraught” friend was “in a helpless position” and “really had no choice,” Giroux added; he is fully cooperating with the murder investigation.