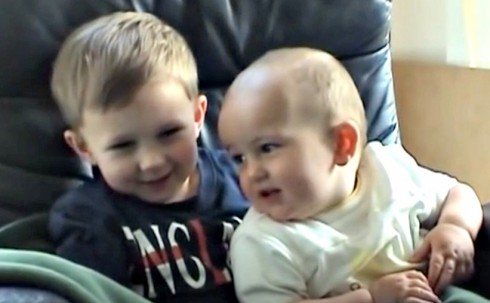 Eight years ago, Howard Davies-Carr uploaded a video of then 3-year-old Harry Davies-Carr and 1-year-old Charlie Davies-Carr to YouTube to share a silly moment between brothers. Little did he know it would become one of the most popular YouTube videos of all time with more than 816 million views to date.

In the time since then, the family has earned upward of $500,000 and maintained a good bit of popularity in the U.K. So, now that the stars of the video are old enough to understand what viral video fame means, what do they think of it all? 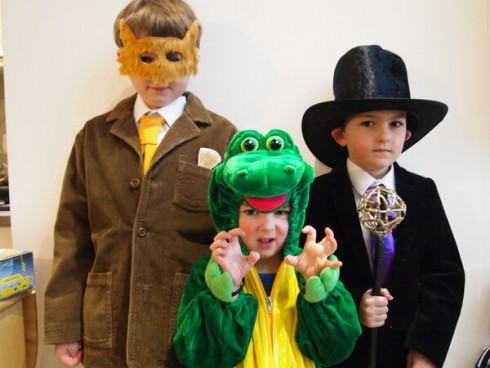 Harry, Charlie and their younger brother Jasper in 2013.

“I think it’s a bit odd that those people watched it,” Charlie, now 8, said in a video for CBBC. (Fortunately, he said he isn’t embarrassed by it.)

Harry, now 10, has a better idea of why it was a hit — because it still makes him laugh!

Although the video is currently the most popular non-music video on YouTube, it was originally intended for a much smaller audience.

“My dad put it on YouTube so my godfather could see it in America,” Charlie explained. Dad Howard added he first tried to send it by email, but the file was too big. It seems the whole family is grateful the video was posted on YouTube because the profits they’ve earned enabled them to buy a bigger house.