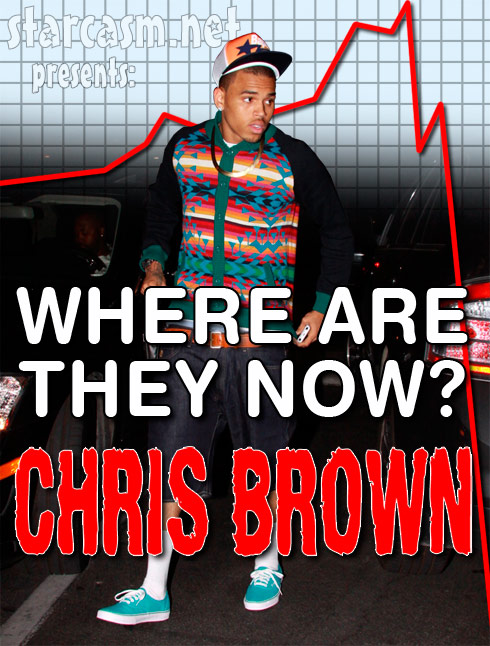 How many of you remember that guy that beat up Rihanna? How ’bout that viral wedding video where the bridal party enters dancing to the tune “Forever?” That was singer Chris Brown. Ever wonder what happened to Chris? Well, we did too – so in honor of his birthday tomorrow (May 5) we sent out our crack team of celebrity detectives to see if we could find out what he’s doing now.

They found the 20-year-old former hip hop superstar in Las Vegas singing the national anthem at a boxing match! It was the May 1 bout between welterweights Floyd Mayweather Jr. and Shane Mosley at the MGM Grand:

It seems his appearance at a boxing match has angered a lot of folks because of his history of abuse, but at this point any publicity is good publicity right?

It reminded me of Mickey Rourke’s fantastically sad movie The Wrestler and made me wonder if Chris Brown doesn’t drive around in a beat up old van playing with action figures of himself. Maybe he’s even selling DVDs of the “Forever” wedding dance video?

UPDATE – The New York Post is reporting that Chris Brown is looking for a place in Las Vegas to have his 21st birthday party but “hadn’t found any clubs that would welcome him and his posse.” He still has a posse?

For those of you too young to remember Chris Brown, here is a snapshot biography of his rocket ride to fame and lead-weight descent back into obscurity:

Chris Brown was born May 5, 1989 in Tappahannock, Virginia. After teaching himself to sing and dance by listening to soul records and watching Michael Jackson, Chris began performing in his church choir and in talent shows. A local production team found him working at his dad’s gas station when he was 13 and soon Brown was packing his bags and heading to New York, where Def Jam’s Tina Davis saw him and soon the label made him an offer. But, after negotiating with Def Jam for two months, Chris Brown eventually decided to sign with Jive Records, attributing his decision to the great amount of success the label had with other young stars like Britney Spears and Justin Timberlake.

Brown’s self-titled album Chris Brown came out in 2005 while he was just 16 and produced a Billboard Hot 100 number one hit with the single “Run It.”

Brown’s second album Exclusive came out in 2007 and delivered another number one single with “Kiss Kiss” featuring T-Pain as well as “With You”, which made it all the way to number two on the Billboard Hot 100. A deluxe version of the album was later released that featured the single “Forever,” which not only made it to number two on the charts, but also was the music used in the viral wedding video featuring a wedding party dancing during their entrance. (The wedding dance was later mimicked in an episode of The Office during Jim and Pam’s wedding.)

In February of 2009 Chris Brown was booked for assaulting his girlfriend Rihanna. Graphic photos of her injuries were obtained by various news sources and posted on the internet, causing an upsurge of outrage at Brown’s actions. Brown initially seemed complacent about the incident and it looked as though the couple might actually get back together, but the growing tide of disapproval became too much and Rihanna left Brown and Chris changed his tune by going on a public apology tour that included posting a video on Youtube and appearing on Larry King Live, but by then it was too late. 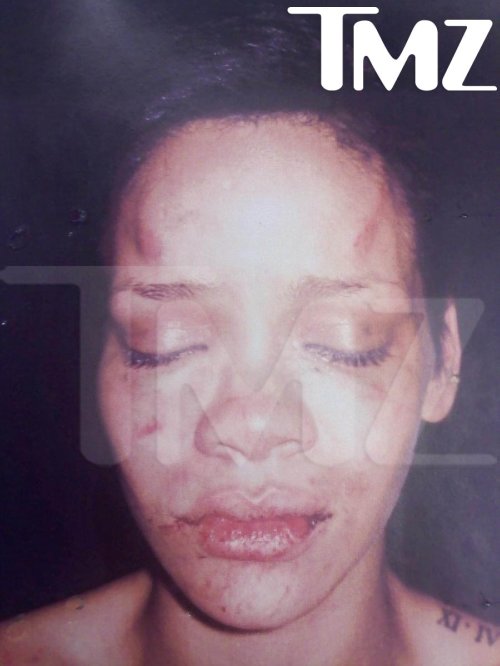 On March 5, 2009, Brown was charged with felony assault and making criminal threats. He was arraigned on April 6, 2009, and pleaded not guilty to one count of assault and one count of making criminal threats. On June 22, 2009, Brown pleaded guilty to a felony and accepted a plea deal of community labor and five years’ formal probation. Domestic violence counseling is also part of the deal by Judge Patricia Schnegg in court.

Brown released the album Graffiti in December of 2009. It debuted on the charts at number 55 and received scathing reviews from critics and fans alike.

In a desperate attempt to garner support for the album and his career, Brown used his SayNow.com account to point fingers at biased radio stations and rally his fan base, but it seems no one was listening.

We can look back and remember the good times, though. Here’s the JK Wedding Entrance Dance video that almost rescued Chris Brown from sinking into obscurity: