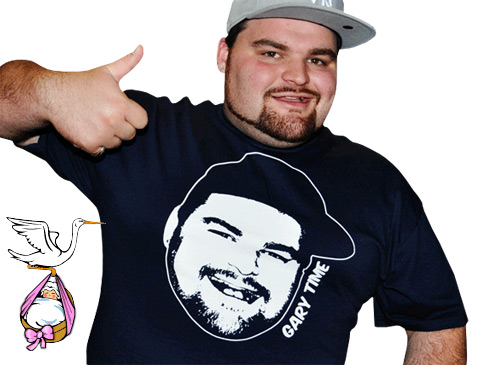 It’s a girl time! It looks like Teen Mom “original guy” Gary Shirley is a dad again after his girlfriend Kristina gave birth tonight to their daughter!

We don’t have many details at the moment as Gary just made the announcement on Twitter minutes ago. Here are his tweets from throughout the day from oldest to newest, including some tweets earlier today attempting to get up with Amber Portwood. (Perhaps to watch Leah? Or to let her know the baby was on the way?)

@AmberLPortwood tried calling you, but went to voicemail

On r way to the hospital She might b coming! This could be it so excited!

Congratulations to Gary and Kristina! Obviously we will update as soon as we know more!

Until then, check out big sister Leah’s message to Kristina and her little sister:

To Kristina, & to her sister! From @leah_leann I love this kid! pic.twitter.com/s7H0CYkyT3

UPDATE – It’s Friday afternoon and we still don’t know any more details other than what Gary shared last night. Meanwhile, Amber has remained quiet about the birth on social media. Amber’s brother Shawn Portwood did offer up his congratulations, though:

@ItsGaryTime so I just found out. Congrats from Me, Rachel, and the boys! Hope to see the new addition soon. Happy for you, man.

PHOTOS For his birthday, Kylie Jenner got Travis Scott a Lamborghini, a shoe cake, and a baby