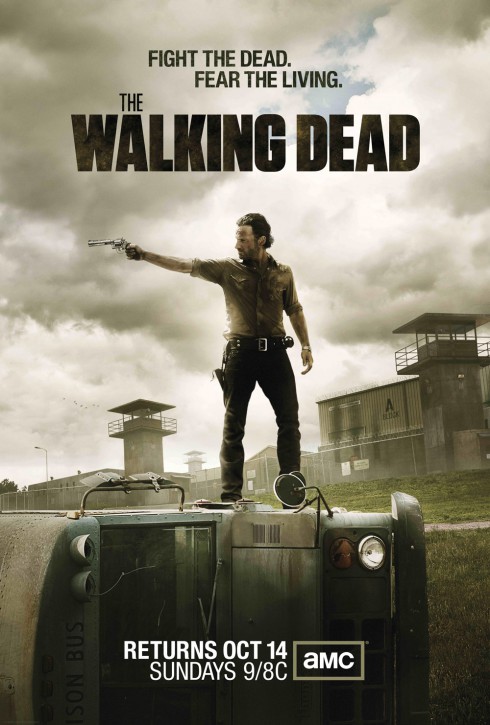 Non-Dish Network subscribing fans of The Walking Dead are eagerly awaiting the Season 3 premiere on October 14, and to help tide us over until then, AMC has released the official poster for The Walking Dead Season 3 as well as a number of promotional images of the cast!

In the poster (above) we once again see deputy sheriff Rick Grimes all by his lonesome amidst a bleak backdrop, but this time instead of riding a horse on the highway (like in the Season 2 poster), Rick is showing off his more assertive side as he aims a pistol while standing atop an overturned prison bus. Along the top of the poster are the foreboding (and foreshadowing?) words, “Fight the dead. Fear the living.” In the background we see the prison which will reportedly serve as the backdrop for most of the undead drama this season. 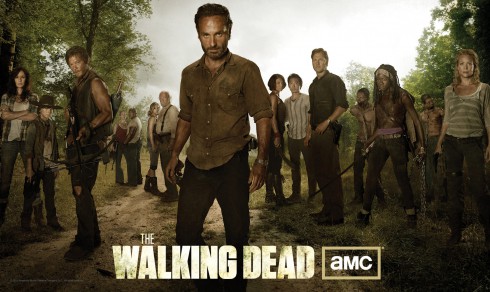 Season three will see the introduction of two major new characters and the return of another from Season. New to the scene are Danai Gurira as the machete-wielding badass Michonne (the hooded figure that saved Andrea at the end of Season 2) and David Morrissey as The Governor, who will most assuredly take the place of Jon Bernthal’s Shane Walsh as the designated p!ssing match duelist for Rick. In the group photo above you can see The Governor and Michonne (as well as her zombie “pets”) on your right.

Speaking of Michonne and her pets, here’s a great photo of all three: 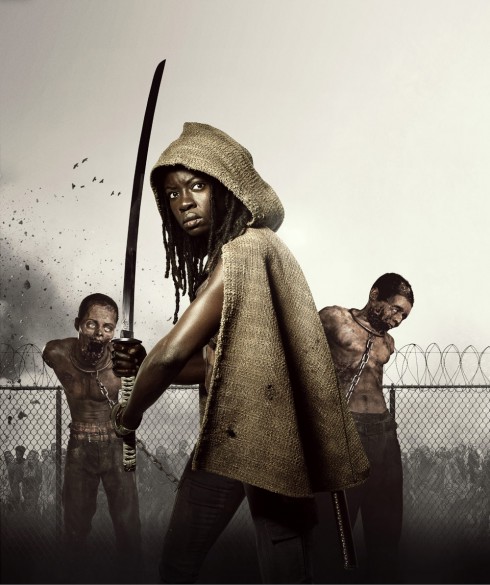 AMC also released a promotional image for the third season of The Walking Dead for San Diego Comic Con featuring Rick, The Governor, and Michonne: 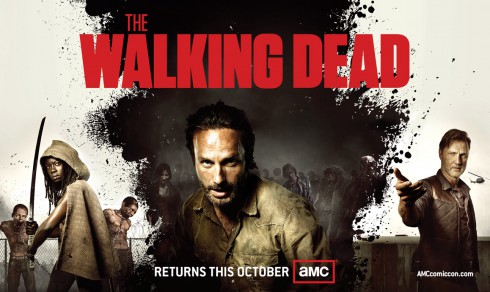 And don’t think I forgot my teaser about a Season 1 cast member making a return! If you’re a big fan of the show, you’ve probably guessed already. No, it’s not the father and son duo who first met up with Rick (though they will surely be making another appearance at some point). Nope, the returnee is amputee Merle Dixon, the somewhat unpleasant older brother of Daryl: 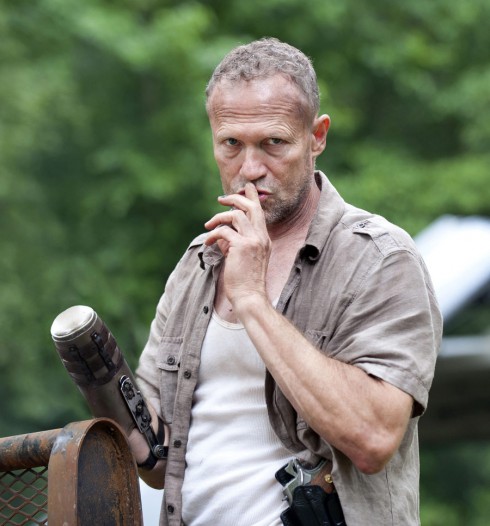 Merle’s looking pretty good! It’s amazing he was able to survive on his own. Let’s all give him a hand shall we? (har har har)

The premiere episode is titled “Seed” and is directed by Ernest Dickerson (The Wire, Dexter, Juice). Season 3 will feature 16 episodes as well as another set of webisodes similar to the Torn Apart series from 2011 that was available in six parts on the AMC website.

On a slightly separate note, AMC and Dish Network have still yet to work out their differences so as of the time of this post it looks as though Dish Network subscribers will need to have a plan B in place for October 14! (Kinda makes you want to rethink the poster doesn’t it?) 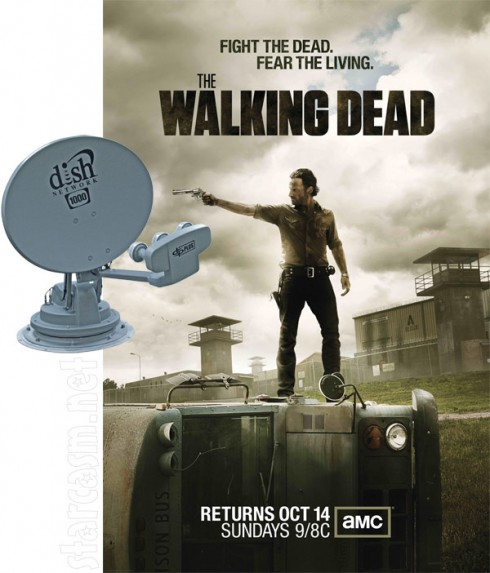