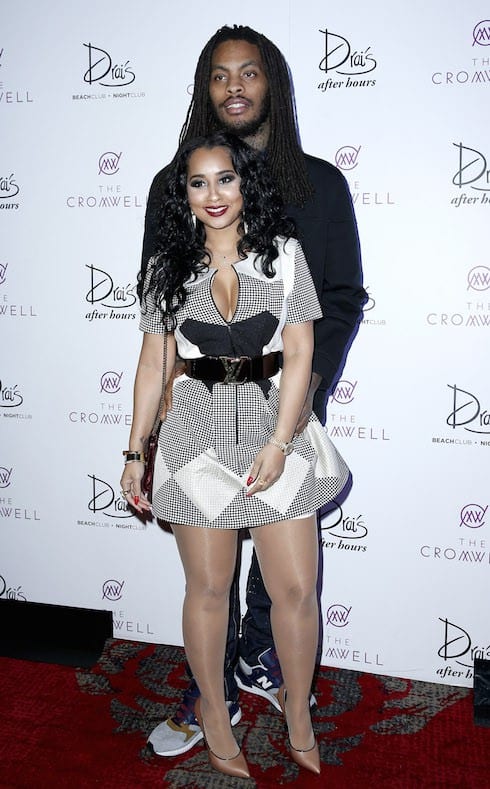 The Waka and Tammy separation that rocked LHHATL fans may be coming to a close, but Waka still has to go before the court of public opinion and explain why he cheated on Tammy in the first place. And, to Waka’s credit, he did so in a far-reaching interview with The Breakfast Club, and with Tammy Rivera sitting by his side.

In fact, the interview was so in-depth that it wound up touching on topics far beyond the realm of the Waka and Tammy separation: the couple addressed Tammy’s alleged pregnancy, the state of LHHATL spinoff Meet the Flockas, and why Tammy decided to give him another chance, among many, many other topics.

“My thing was, I was just trying to impress friends. You know what I’m sayin? Like, still tryin’ to be like that, ‘Yeah, I can get girls.’ You know what I’m saying? It was like an ego thing. It was more like…like a crisis. Like, ‘Hold up.’ I know I’m married, but I can still be over here like ‘Yo, I’m gonna take that sh!t over.'”

“It was childish,” Tammy added, and the Breakfast Club‘s hosts agreed.

The couple also revealed that one side effect of the Waka and Tammy separation was Waka’s return to church. “I can’t be 35 years old with a 22-year-old girl, 20-year-old girl, 19-year-old girl,” Waka explained. “That sh!t is wack. I wanna see my daughter grow up. She’s eleven years old–it’s real, right now. She’d probably on Instagram looking at me, I [wouldn’t] even know what to say when I see her.

“Being a role model is something I want to do,” Waka concluded, later in the interview. “Being a rapper wasn’t something I ever wanted to do.”

To find out a whole lot more–including what Beyonce’s Lemonade had to do with the couple’s breakup, and whether or not Meet the Flokas is about to become reality–check out the video below:

In addition, earlier today, in order to reinforce all the positive energy the interview contained, Waka updated his Instagram page with the following image: