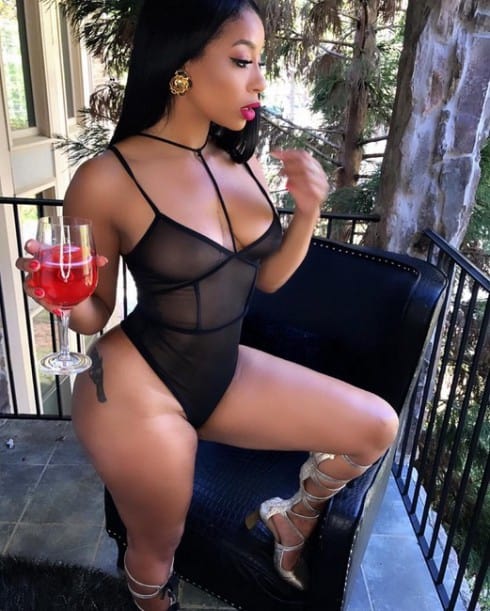 An unverified new report claims that producers have had to deal with one LHHATL Tommie fight too many. According to the report–which has since been picked up by In Touch–Tommie may have been fired from the Love & Hip Hop Atlanta cast for her violent ways.

Said the report’s source, “We were told that Tommie is a ‘security risk’—like she’s some type of Al Qaeda terrorist. They told us that she had to be let go.”

Although it wasn’t mentioned in the report, the rumors come several weeks after Love & Hip Hop Hollywood‘s producers laid down the law for that show’s cast with a total ban on on-screen fighting. From now on, any LHHH fights will result in financial penalties for the cast members involved. It’s believed–though also unverified–that similar bans have been in place for the LHHATL and LHHNY casts for some time. (Though it’s also clear that those bans don’t really deter fighting.)

As further alleged proof, the article points out that the picture Rasheeda shared from the LHHATL girls’ trip to Jamaica did not feature Tommie:

However, noted fan site LHHTea was the first to break the news of Season 6 filming taking place in Jamaica, and their account never included Tommie in the first place. Nor is Tommie the only female cast member absent–OGT Joseline Hernandez and newbie Lovely Mimi were both left out:

And it’s further worth pointing out that Tommie’s time on the show this season has been focused on her efforts at changing who she is, trying (though not always succeeding) at being less violent, and–most importantly–trying to get her drinking under control. If Tommie has been removed from the cast, it seems more likely that the reason would be alcohol-related. As Tommie herself recently noted, most of the violent and otherwise bad decisions in her life seem to come when she’s drunk.

And Tommie seems to be embracing some of her past mistakes of late. She recently took to Instagram and shared Starcasm’s own mugshot montage of some of her incarcerated highlights–but, this year, the message was all positive:

How y'all feeling today? I'm feeling like 2010 thanking God for all these Blessings!!!! #changeispossible#neverturningback#newmusic #comingsoon