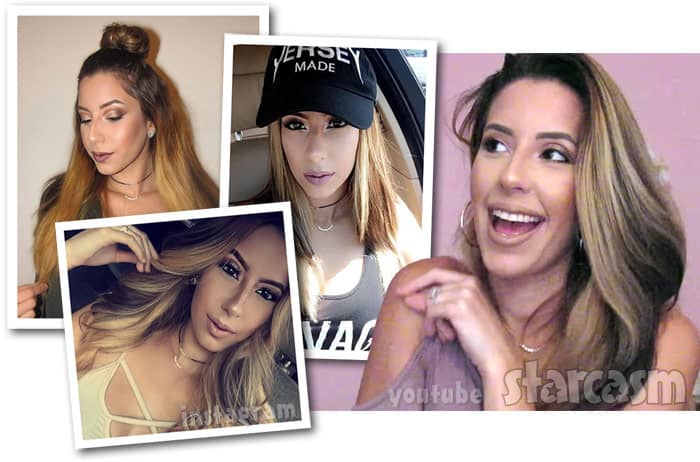 Teen Mom 2 star Jo Rivera’s fiancee Vetzabe “Vee” Torres has never seemed too excited about being in front of MTV’s cameras–perhaps in large part because she’s also at the mercy of MTV editors as far as how she is portrayed on the show. So Vee has taken things into her own hands by launching her own YouTube channel!

Vee uploaded her first video this weekend, announcing that her channel will be all about that makeup — and nothing else. If you are cruisin’ the interwebs thirsty for some of that tasty Teen Mom 2 drama, then you need not tune in. However, if you’re looking for makeup advice from one of the on-fleekest young ladies currently on MTV, then be sure to check it out!

Here’s the debut video, in which Vee introduces the channel and explains what viewers can expect to see:

Finally after hours of trying to upload this, its finally here. If you guys ONLY KNEWWWWW how much shit my iMovie put me through hahahahaha. Legit took me all day to try to get the damn video up and my hubby comes and did it for me in legit 2.5 seconds… my life is a joke lmao.. BUT ANYWAYYYYSSS ITS FINALLY UP AND I AM SO ECSTATICCCC!!!!!!!!!!! I hope you all are just as excited as I am!

I might want to backtrack on my comment about those thirsty for Teen Mom 2 scoops not needing to watch because Vee does refer to Jo repeatedly as her husband. Could it be that they are already married?! (Vee doesn’t look to be wearing a wedding band, just her HUGE engagement ring.) Also, fans of Teen Mom 2 will be excited to know that Jo and Vee’s daughter Velisse (aka Vivi) will be making appearances on the channel. (HINT: She makes her debut at the end of the video above, along with dad Jo.) 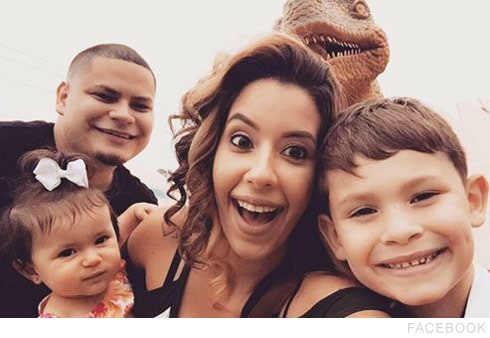 In honor of Vee’s wishes, I will move on from the tabloidegery and focus on her new endeavor. I really do think Vee has some solid makeup skills, so the channel has a lot of potential! She seems very awkward in the first installment, but to be honest, I find it quite charming.

In addition to the YouTube channel, Vee also has a companion Instagram account under the clever @Veeautifymee ID. The account is up and running and includes a behind-the-scenes clip from the making of her intro video:

Editing my very first video for my makeup channel! This is my makeup Instagram page exclusively for makeup pictures + vids. I will keep my personal IG, but will probably be more active on here! Thank you all for all your constant words of support & love, I'M READY FOR SOME MAKEUP!! ??✌?️, ? & ? #OfficialFirstVid #YouTubeChannelInLinkAbove #SUBSCRIBE #SUBSCRIBE #SUBSCRIBE #IWakeUpToMakeUp

And here’s a sneak peek at what we can all expect from the first actual makeup tutorial:

I'll be working on my first tutorial this week using these products. Will be an Ulta haul/tutorial video combined. ? Excited to use some of these products! I will update you all when the new video is up & running. Have a happy Labor Day weekend! ☀️? #MakeupHaul #Drugstorproducts #loreal #makeuprevolution #anastasiabeverlyhills #maybelline #wetnwildbeauty #makeuptutorial #foundationsticks #bakedbronzer #strobingstick #bakedblush #lumicushion #illuminator

Congratulations to Vee! We wish her all the luck in the world and look forward to the eventual launch of her Veeautify Me cosmetics line. 😉

On a side note, Vee might also want to do some workout videos to share with fans, because she certainly appears to be one fit momma: 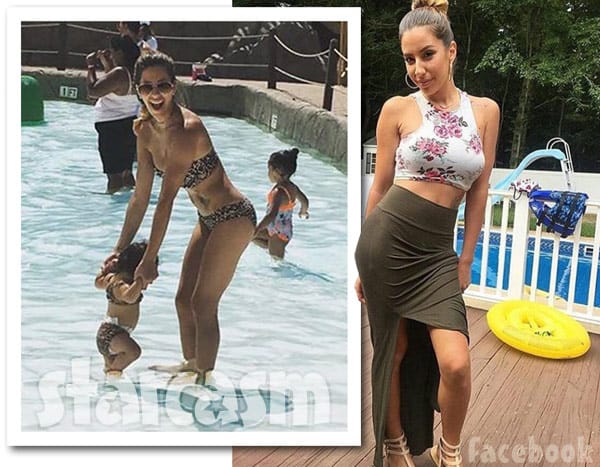 Guess who's back… Back again