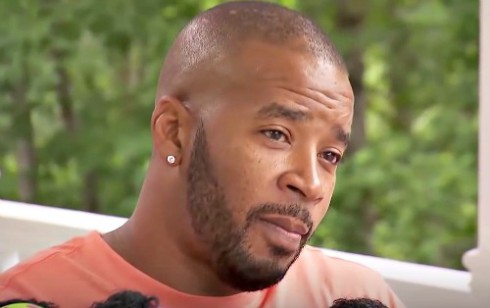 Jay Williams, the father of 34 children by 17 different mothers, has more work to do with Iyanla Vanzant. After appearing on an episode of Iyanla: Fix My Life last September, Jay and the life coach are teaming up again for a full OWN series.

“The Iyanla spinoff will center around Atlanta resident Jay Williams, who stirred up controversy when he was previously featured on the flagship series,” Variety recently reported. “The series will follow Williams, as he tries to put together his relationships with his family, children, and the mothers of his children with spiritual life coach Iyanla Vanzant guiding him every step of the way.”

In his first OWN appearance, the successful video producer said his children range in age from 3 to 26 and his relationships with them range from excellent to non-existent. When Jay was confronted about his birth control methods, he said he probably would have 200 kids if it wasn’t for occasionally wearing condoms and said he absolutely didn’t want a vasectomy.

“I don’t have a problem with what I created,” he said while struggling to hold 14 baby dolls Iyanla was using to make a point.

In her blog about the episode, Iyanla said she understood deeper issues were at play in Jay’s situation.

“On the surface, the Jay Williams story has brought to light all the sordid details about one person’s seeming irresponsibility, lack of discipline and wanton disregard for other people,” the spiritual coach said. “At a deeper level, I recognize this as what happens when we are not taught that we are valuable, worthy, powerful and important. I now understand that the Jay Williams story is all about self-value, self-respect and self-worth gone awry because of the lack of effective and meaningful conversations and much-needed instruction at every level of society.”

The yet unnamed series is expected to premiere in September.

7 LITTLE JOHNSTONS How many of the children are adopted?