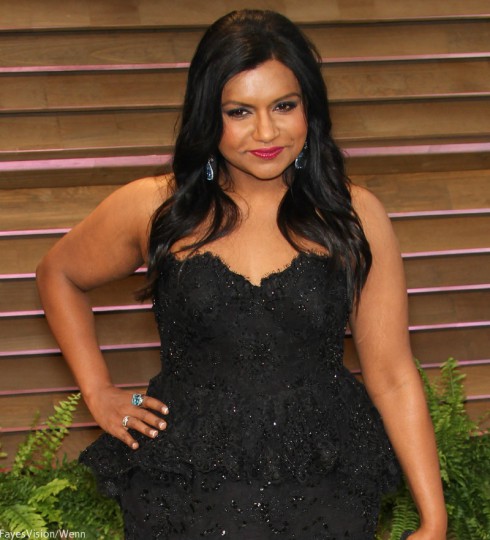 The interesting interview occurred during Vanity Fair’s Oscar party on Sunday. Mindy was talking about The Mindy Project and, specifically, the men she dates on the show.

The reporter asked of Mindy’s real-life preferences, “So, who’s your type?”

Apparently not recognizing her perceived faux pas, Alicia told Mindy to “kiss some black men” on her show. See the exchange here…

People on social media began calling out Alicia and E! News after the interview.

Another commented, “Really, Alicia Quarles, ‘what color’?! Focus on how she represents an independent successful woman!”

Still, others noted that Alicia — who is African-American — clearly didn’t mean harm by her question. Mindy also started the race conversation by earlier in the day by commenting to Rolling Stone she’s “that girl from that show where she kisses all the white men.”