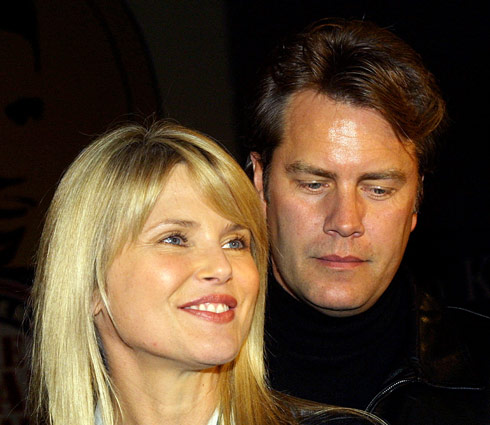 Christie Brinkley appeared on TODAY this morning with the initial intent to talk about her return next week to Broadway’s “Chicago.” There was just one major problem. The conversation never really made it there as Matt Lauer lead in about her heated divorce from her 4th husband Peter Cook and the entire interview became about that.

58-year-old Brinkley and Cook were married for 12 years and a lot of dirty laundry has been made public during and after their split. The couple share two children together, Sailor Brinkley Cook, for whom they’re the birth parents of and Jack Paris Taubman, for whom Christie is the mother and Peter adopted.

Brinkley and Cook were divorced in 2008 and Cook later admitted infidelities with 18-year-old Diana Bianchi. He also revealed that he spent thousands of dollars a month on internet pornography.

On Brinkley stating that she has taken the high road:

“I have turned the other cheek. There’s not one quote from me, anywhere. This is the first time I’ve ever been on a show (to talk about the split).”

“It’s a very minimal amount of money,” she said. “And it wasn’t (about) the money. I have hesitated to do anything with the court because he actually likes the publicity and he likes going to court.”

On Cook publicly calling her a “narcissistic egomaniac:”

“I have never taken part in name calling. The only thing I’ve ever said … at the end of that (second) trial I said as a public service, ‘Google “divorcing a narcissist.”‘ … I’m not alone. I’ve gotten hundreds of letters from women that are going through this. It’s not easy.”

When Brinkley broke down she stated:

“He continues to contact me,” she said she asked a judge to “please make this stop, protect my right to peace. I just want peace for my family. I just want peace. And every time I have any joy or any kind of success in anything, he has to try to destroy it.”

Lauer stated at the end, “I had fully intended to ask you about Chicago so why don’t we do this. Since we’ve now run our course of time on this why don’t you come back at some point and we’ll talk only about Chicago.”