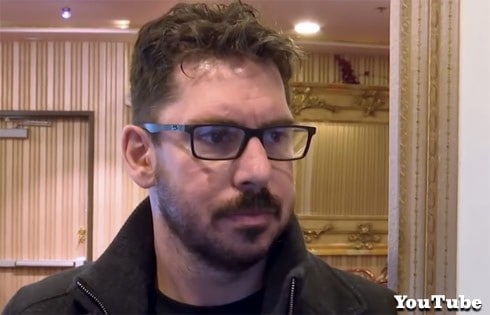 Matt Baier, the much maligned fiance of Teen Mom star Amber Portwood, says that a drug relapse is to blame for his caught-on-camera rage in Las Vegas.

Baier caused a massive stir when he was seen on the most recent episode of TM OG exclaiming that he would never marry Amber Portwood after she decided against a rush wedding in Vegas.

Here’s everything (and it’s a lot) that Matt told People:

–>   “I had a drug relapse this year for the first time with prescription pills. I fell back into my addiction for about two months around December. I was taking a good amount of pills and I was killing the pain. Before I knew it I was back in the cycle again and completely off my program. I was still convincing myself that it wasn’t as bad as it used to be but it was…

That person that I was watching was not me, it’s not who I am. I remember getting really upset and I felt a lot of shame. Also, what I said is completely not how I feel and it also didn’t make sense. I do know that I allowed myself to have my buttons pushed that day, I just don’t remember it all that well. They just caught me on a really bad day. When I saw that piece of tape I had no idea that even existed — that wasn’t me. I completely blacked out. I was selfish. I was rambling. I was not remembering something we had filmed just 20 minutes prior. I was in a really, really bad place.

The last time I took pills was roughly around four months ago when I was in New York. That was a big slap in the face. We went out for a press day for a couple days and after we finished the trip we went to L.A. to film something. While there I saw one of the Teen Mom executives and I asked them a question.He looked at me and said, ‘Matt, we had a two-hour conversation about this already.’ I didn’t remember the conversation or even seeing him in New York. I barely remembered the trip. That was the turning point for me, I had just blacked out an entire two-day trip, I have a problem again.” <–

–> “At first, Amber did not know about it, because I did everything I could to keep it away from her. That lasted a very short time. She came to me concerned and said, ‘Look, we’ve been together for three years, I know you better than anybody, you need to tell me what’s going on.’ One thing I can’t do is lie to Amber, so I said listen, ‘I’m in a bad place.’ She told me to get help immediately and you need to get back on your program. She really kind of got in my face about it. I was afraid at first to tell her, you just never know how people are going to react. Amber is supportive, but she can be stern when it comes to stuff like this — she was pretty firm about it.

I did not use when we had Leah. I would never. I never did drugs around my kids. Having Leah around was one of the best things that ever happened to me because it preoccupied my mind. I had to take care of her and I didn’t have to think about all the negative stuff. I got sick afterward after I went to my program for the first time since relapsing. I threw up for a few days, which I needed. I needed a reminder that this isn’t a life I wanted. I would never want to go back to this life. I spent a lot of years sober and I was disappointed and ashamed that this happened but I am also going to grow from it. Now I have zero desire for it.” <–

In other Baier news, Tiffany Bassett, the cancer survivor and mother-of-three who accused Matt of an affair, is doubling down on her claims via Twitter. Basset wrote, “I started saving texts when he canceled or business plans days after having sex with me and recorded the calls because he called me blocked… I figured if he was trying to hide there would be a reason why. Lest we forget I have nearly 30 minutes of audio I HAVENT released. And plenty of texts. I am not going to let this go because I already made plenty of mistakes in this mess. This is the part where I fix that.”

Do you buy Matt’s excuse that he was blacked out during these moments?