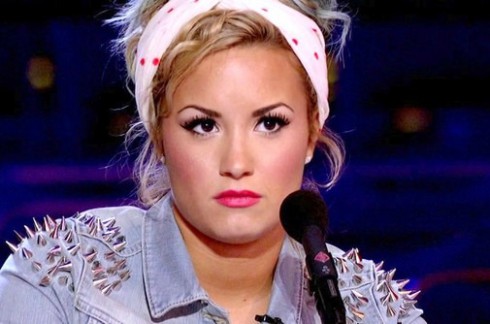 Shortly after her final contestants were booted from the competition, Demi Lovato confirmed she will not return to The X Factor next season.

“I started the show being a singer and a musician, and so I’m going to go back to that,” Demi said on Wednesday, E! News reports. “It’s been really great, but I’m so excited for 2014. I’m going to dedicate it completely and entirely to music—touring and making a new album. Possibly releasing one.”

“I always knew she wasn’t coming back because she’s touring, so I knew that,” Simon said of his co-judge. He didn’t elaborate on whether Kelly Rowland and Paulina Rubio will return, but added he will appear on the fourth season of America’s X Factor — if and when it’s renewed.

However, Demi seemed to hint that Kelly and Paulina have expressed desires to return.

“(I’ll miss) being able to sit next to Kelly and Paulina and see them twice a week, and also helping mentor the contestants,” Demi said.

As for Demi’s post-X Factor plans, she begins her Neon Lights tour in Canada on Feb. 9, 2014. Interestingly, her three opening acts have X Factor ties of their own: Cher Lloyd was a finalist on Britain’s show. Fifth Harmony formed on the second season of America’s X Factor. And Little Mix won the eighth season of Britain’s show.

Demi will make her final appearance in a judging capacity on tonight’s season three finale of The X Factor. It airs on Fox at 8/7c.