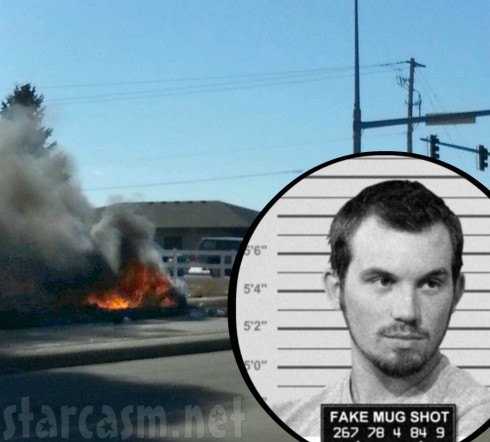 Teen Mom 2‘s Adam Lind remains hospitalized with a concussion following his fiery car crash in on Friday afternoon. And, considering the Sioux Falls Police Department just charged him with five crimes, it’s doubtful the father-of-two is in a hurry to leave doctors’ care.

According to TMZ, Adam is charged with reckless driving. By South Dakota law, reckless driving is a more serious offense than careless driving and exhibition driving. It is defined as “heedlessly in disregard of the rights or safety of others, or without due caution and circumspection and at a speed or in a manner so as to endanger or be likely to endanger any person or property.”

As we reported last Friday, the charges stem from Adam’s high-speed collision with another vehicle. The Sioux Fall Police Department said in a press release that Adam’s 2001 Chevrolet Corvette Z06 collided with a 2003 Lincoln Towncar, which was occupied by an 87-year-old driver and 94-year-old passenger. Adam’s car then hit a traffic signal pole and fence before bursting into flames. He was removed from the vehicle by witnesses. 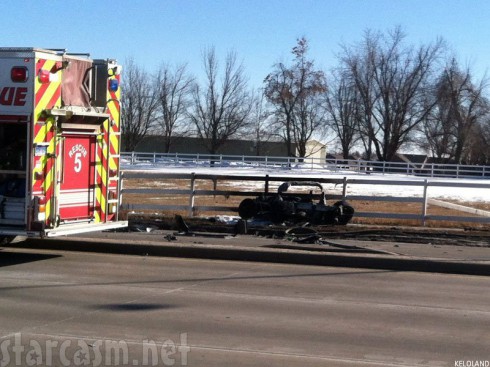 ^The debris of Adam’s car.

Police confirmed today there is no evidence drugs or alcohol played a role.

We spoke with a source close to the situation who told us told us Adam was fortunate to get away with just bumps, bruises and a concussion. The elderly victims were treated for broken bones, but appear to have been released.

This is just the latest and most dramatic incident in Adam’s long list of driving offenses. To date, the 23-year-old has been charged with nearly 50 crimes.