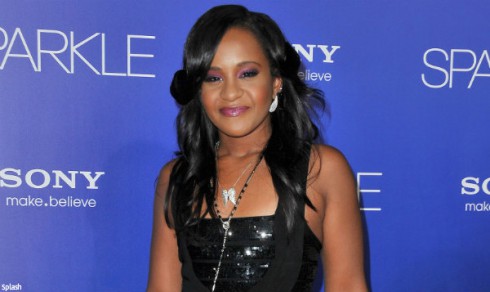 Yesterday, though, an Atlanta judge ordered the records opened and the cause of Bobbi Kristina’s death made public, in response to a media request for the records under the Freedom of Information Act. The coroner’s report, which is available online, states that “Lobar pneumonia” was the primary cause of Bobbi Kristina’s death, and that it was brought about by two factors: “Hypoxic ischemic encephalopathy, delayed effects,” and “Immersion of face in water complicating mixed drug intoxication.”

The coroner’s report goes on to explain the difference between the underlying cause of death and the actual death itself:

The coroner’s report further states that the drugs found in Bobbi Kristina’s system were “marijuana, alcohol (ethanol), benzoylecgonine (a cocaine-related substance), benzodiazepines (medications used for sedation or to treat anxiety), and morphine.” It also addressed speculation about the extent of Bobbi Kristina’s hard drug use: “It could not be determined from toxicology tests whether the morphine resulted from heroin use,” the report clarifies.

Finally, the Fulton County Medical Examiner could not conclude whether Bobbi Kristina’s death was due to an intentional or unintentional act, though the report does state that “death was clearly not due to natural causes.”

Bobbi Kristina’s family and family attorneys have long accused Nick Gordon of foul play in Bobbi Kristina’s death; last summer, her estate filed a $40 million civil suit against Gordon, which accused him of “battering” her and injecting her with a “toxic cocktail.” That civil trial–as well as the aforementioned criminal investigation into Nick Gordon and Bobbi Kristina’s relationship–is ongoing.

UPDATE Nick Gordon has released an official statement regarding Bobbi Kristina’s death. Speaking to the Daily Mail, Gordon, who was reportedly grinning from ear to ear at the news, said “I’m glad that sh*t is all over.”

Furthermore, Gordon noted that today would have been Bobbi Kristina’s 23rd birthday. “‘I just want to wish my girl a Happy Birthday,” he told the publication. “I can’t say any more but it’s good.”