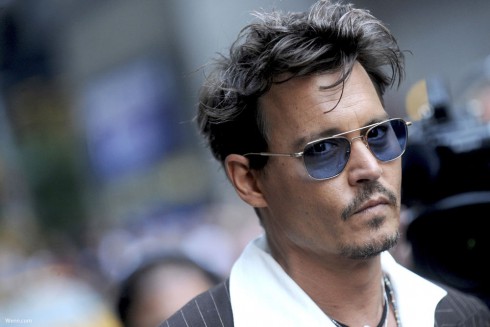 A couple of weeks ago, we brought you the story of Johnny Depp condemning his dogs to death, potentially. Depp smuggled his pups into Australia so they could be with him on vacation–and broke the country’s strict laws on animal quarantine in the process. Australia gave Depp two options: 1) Send the animals back home to America, or 2) Let them stay and have Australian Animal Control put them down.

Depp, wisely, chose the former option. But he did break Australian law by sneaking them past quarantine via his private jet. So, now, Australia wants its vengeance–in the form of a stiff jail term, one that could extend up to ten years.

On 25 May, an Australian senate committee was told that if it goes to court, Depp could receive a sentence of up t0 10 years in [jail] or a maximum fine of AU$340,000 (£172,000). The pilot could also face up to two years behind bars for his role in the situation….Officials have referred to the case as “very serious.”

By the by: Depp’s dogs’ names, in case you were wondering, are Pistol and Boo.

Depp owns a home in Australia–for now–and, while he could sell it, it seems less likely that he would never set foot on Australian soil again than that he’ll simply not let the case go to court. Whatever fine and / or public apology the Australian government can extract from Depp, expect to see it extracted in the coming weeks. Pistol and Boo will be grateful, even if no one else will.