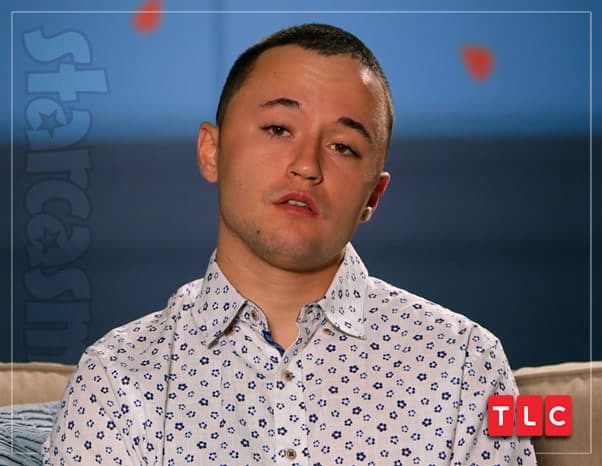 Unexpected dad Max Schenzel has received some good news on the legal front as a judge has signed off on a petition to delete Max’s pending jail sentence stemming from his felony theft conviction late last year.

Max was given a deferred jail sentence of three months on December 7. “Based on this harm to the victim, the state seriously considered requesting initial jail time,” the pre-sentencing report read. “Ultimately, though, the state believes it is more important that the defendant make quick and deliberate progress towards his financial obligations.”

Max’s jail sentence was scheduled to begin in May, but it was delayed until September after Max failed multiple drug tests and enrolled in a treatment program. According to court documents filed in March, Max “tested positive for Fentanyl on three occasions and recently started intensive outpatient treatment.”

On July 22, Max’s probation officer submitted a petition to modify the terms of his probation by deleting the jail term completely. “The defendant participated in a thirty day inpatient substance abuse program, is currently participating in Intensive Outpatient Treatment three days a week for three hours a day at La Frontera and has been attending as directed,” the probation officer argues.

However, the petition mentions that Max has not attended all of his office appointments and adds that he only recently obtained employment. He also missed two urinalysis tests, but he did show up the following day to take those and pass. “He has tested positive for Fentanyl on one occasion and admitted that he has been using about once a week since leaving residential treatment on May 22, 2019,” the petition states.

The probation officer also notes that the 77-year-old victim of Max’s theft “would prefer that the jail term be deferred at this time not deleted.” The woman was asleep when Max, who was visiting her grandson, snuck into her room and stole cash, a casino voucher, and two credit cards from her purse. Max would use the credit cards to buy food at McDonald’s and a mini-fridge at a local electronics store.

Despite Max’s continued drug use and the wishes of the victim, the probation officer concludes by recommending that the jail sentence be deleted. The judge in the case signed off on the recommendation on July 23.

Even though his jail term has been deleted, Max will remain on probation until May of 2021.

I’ve been writing about celebrity legal troubles for more than a decade, and I’ve never run across a case quite like this one. Max was given a delayed jail sentence and probation. He then violated his probation multiple times by using drugs. As a result, his jail term was delayed, and then deleted, despite him admitting to continued drug use. He is still on probation, however, and he continues to violate his probation once a week.

In case you missed it, Max recently moved in with Chloe and their one-year-old daughter Ava.

#Unexpected mom Chloe Mendoza reveals that she & Max Schenzel are now roommates! The post comes just a few weeks after Max posted and deleted a racy poolside photo with Chloe in which he reportedly referred to her as his fiancée! https://t.co/cEylatVSPp

Here is a timeline of our coverage of Max’s theft case over the past year, as well as the Injunction Against Harassment preventing him from having contact with Chloe for a number of months:

October 21, 2018 – Max has Injunction Against Harassment order from Chloe’s family after alleged altercation

After a delay to determine if #Unexpected dad Max Schenzel had a mental competency issue, a judge finally sentenced him for stealing more than $500 cash and 2 credit cards from his friend's 77-year-old grandmother's purse while she was sleeping. https://t.co/om1ejd5NiW

January 2, 2019 – Max Schenzel tried to back out of plea deal claiming head injury and memory loss

To keep up with Max and Chloe’s story, be sure to tune in for brand new episodes of Unexpected airing Sunday nights at 10/9c on TLC.