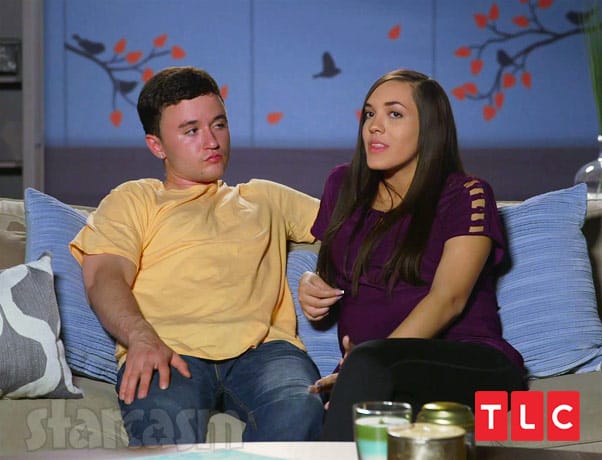 Chloe Mendoza and Max Schenzel are the Romeo and Juliet of TLC’s Unexpected reality series. The teen parents have defied the wishes (and injunction against harassment) of her parents to remain together and pursue their happily ever after with daughter Ava. However, it appears as though this love for the ages was not able to stand the test of time.

Chloe and Max moved into an apartment together back in June, but that arrangement may have lasted less than two months. The first indication that the two were having issues was a tweet from Max on August 12. “If you ever plan on dating a girl make sure you give it your all the first time because it’ll never be the same the second or third or fourth etc…” he wrote.

A couple days later there still appeared to be hope that the love fires were burning — at least for Max. On August 14, Chloe shared a new selfie on Instagram and Max replied by commenting: “Gorgeous baby girl ❤️❤️.”

However, things would seemingly take a bad turn. On August 19, the two shared a rather bitter Twitter exchange that clearly seemed to indicate that Chloe had moved out of the apartment: 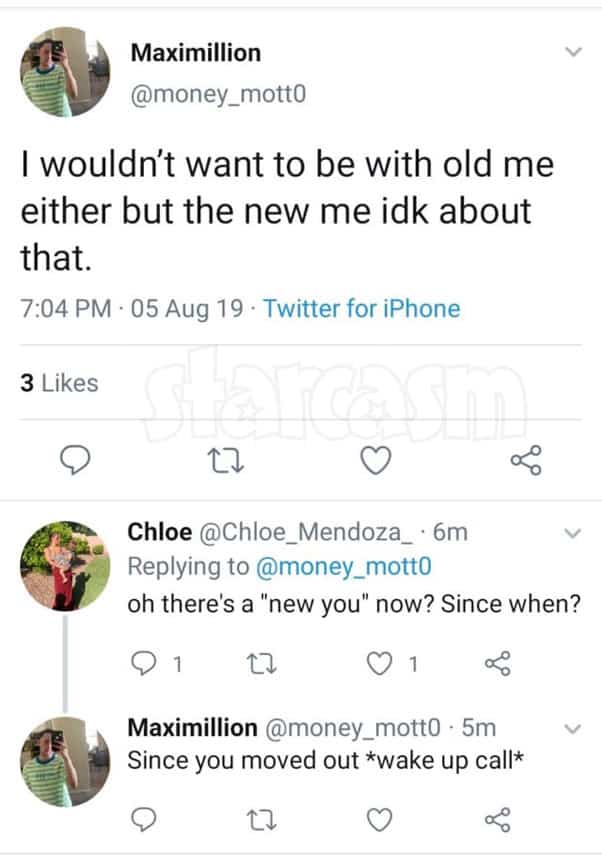 The two have been pretty good about not revealing any more potential split spoilers, but Chloe has been posting videos to her YouTube channel over the past month that look to have been shot in her parents’ house.

Earlier this week, Max seemed to confirm the break up when he scrubbed Chloe from his Instagram completely and added “Single” to his bio.

Today, Max shared a photo that appears to indicate that he does still get to see Ava. Here’s the picture, in which you can see father and daughter spending some quality time together playing video games: 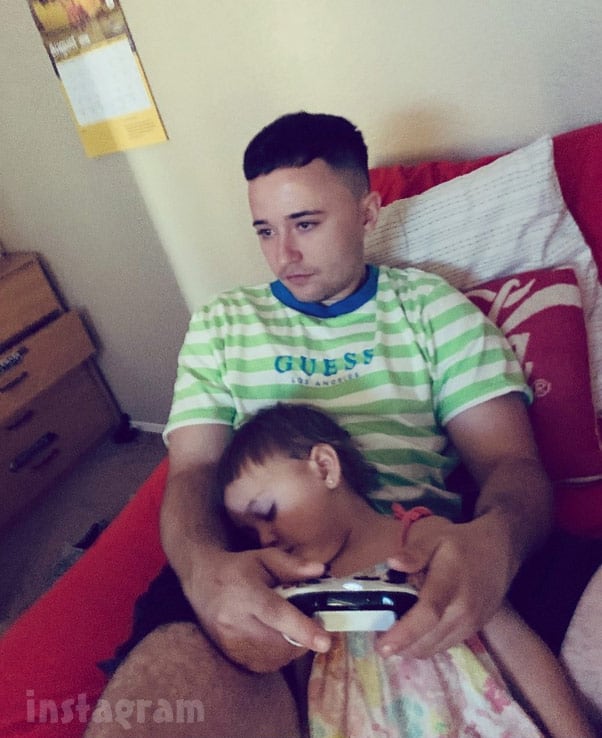 For those of you curious as to whether or not Max and Chloe broke up due to him having to go to jail, that does not appear to be the case. Max was scheduled to begin serving his three-month jail sentence in May after being convicted of felony theft back in September of last year. But, his sentence was delayed in March after Max tested positive for Fentanyl more than once and began treatment in an outpatient rehab facility. To allow him to complete his rehabilitation, Max’s jail sentence was pushed back until September of this year.

Unfortunately, Max tested positive for Fentanyl again, and according a report filed by his probation officer, Max admits “he has been using about once a week since leaving residential treatment on May 22, 2019.” Despite the relapses, Max’s probation officer recommended in July that the judge toss his pending jail sentence altogether. The judge in the case signed off on the recommendation on July 23.

As a result, Max looks to have completely avoided doing any additional time behind bars after initially being booked back in June of 2018.

So, in order to find out the real reason that Max and Chloe have apparently split, we’ll all have to keep tuning in to new episodes of Unexpected airing Sunday nights at 10/9c on TLC!