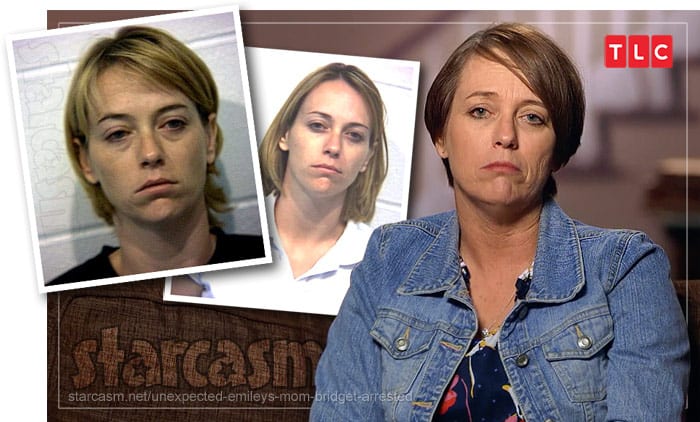 We were the first to report on Unexpected dad Max Schenzel’s arrests, as well as Max’s dad Todd Schenzel, but they aren’t the only Unexpected stars with a criminal record. We can exclusively reveal that Emily Noack’s mom Bridget was arrested for theft in Texas!

The initial arrest was in May of 2004 when Bridget was booked and charged with misdemeanor theft for an amount between $50 and $500. Bridget entered a plea of Nolo Contendere, and it appears as though she was given a suspended sentence with 12 months of probation.

Here are Bridget’s mug shot photos from her two arrests stemming from the same theft charge: 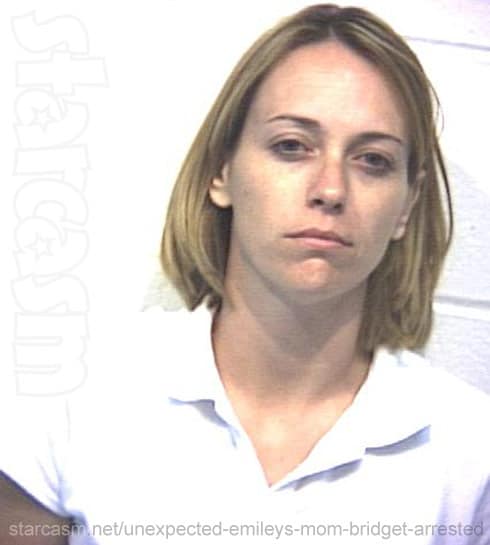 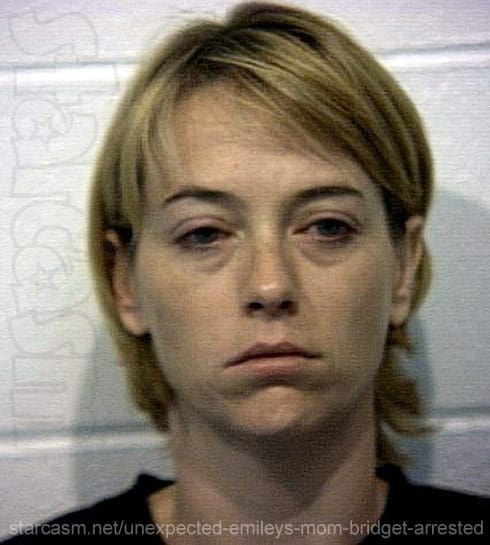 Fast forward 13 years and Bridget and Emiley continue to have issues as the birth of Emiley’s daughter Aria has Emiley spending a lot more time with Diego and his family, leaving Bridget feeling as though she is on the outside looking in during this special time in her daughter’s life.

Unfortunately for Bridget, her attempts to remain close to her daughter have been accusatory and overly defensive, which has only served to increase the growing divide between the two.

However, it does appear as though Emiley and Diego may not be together any longer, so does that mean Bridget has been able to repair the damage in her relationship with Emiley and rebuild the mother/daughter bond they once seemed to share? Tune in for the Unexpected tell-all season finale tonight at 10/9c on TLC to find out!