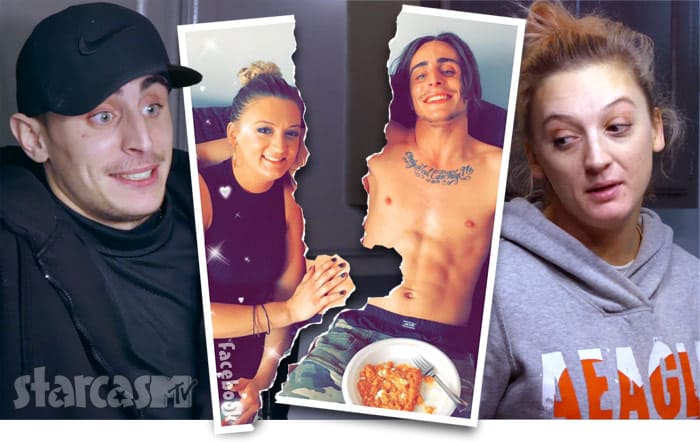 As if Teen Mom OG star Tyler Baltierra needed any more chaos to conquer in his life, his sister Amber and husband Billy have split amid cheating allegations — and it all played out on social media.

In case you missed it, Amber and Billy eloped late last year not long after he was released from prison stemming from a drug charge in addition to being a felon in possession of a firearm. In a Teen Mom OG scene recorded prior to their elopement, Amber revealed to her family that she and Billy were planning on getting married and also having kids.

It appears that the two were only able to accomplish one out of two of their goals, and now their fairy tale happy ending has been derailed.

The public aspect of their relationship’s demise reportedly began with Amber posting some extramarital fling shots on Snapchat, which have since been deleted. Meanwhile, Billy was stuck at home on an electronic leash due to his parole stipulations. “It’s time to move forward,” Billy announced on Facebook. “My so called wife is out with another guy and I’m at home on a teather [sic] all I do is go to work and come home idk what girl doesn’t want a guy like that but it time to no look back and put my foot on the ground and just keep it pushing I hate cheaters.”

Amber took to Instagram to share a text graphic expressing her take on things: “currently single and ready to NOT F**KING MINGLE WITH NOBODY CAUSE EVERY DUDE BE ON THAT BULLLLLLLLLLLLLLLLSH*T.”

Billy and Amber interacted a bit in the comments section of his Facebook posts, but I have to confess I don’t understand what most of it means. Here’s a sample:

AMBER: How dare me go for someone WHO HAS NOTHING

BILLY: Go by all mean please let me thank the guy

AMBER: You really should and your brother.. or sister. Not sure at this point ??‍♀️?

Speaking of Billy’s sister, one of them came to his defense by sharing details about an alleged conversation she recently had with Amber along with a memorable photo: 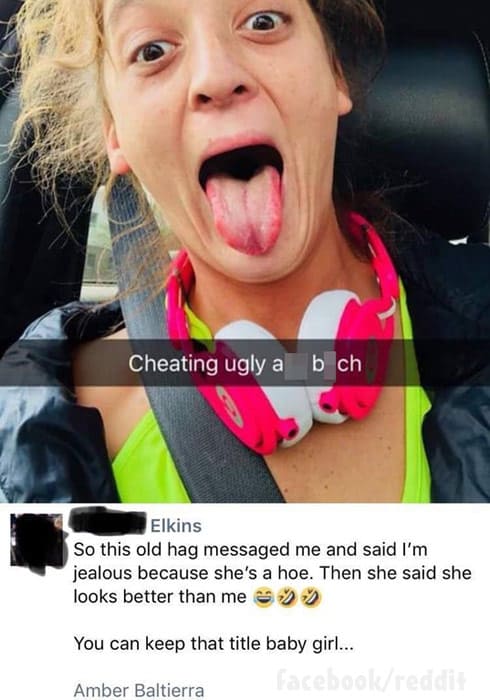 Another close friend expressed sympathy for Billy’s situation and eloquently pointed out that Amber just wasn’t up to the task: “It takes a strong women to love a man on a teether.” [sic²]

Billy later cooled off and began to see the silver lining in his situation with a Facebook text graphic that read:

Oh well she open up so many doors for me by just closing this one door on our relationship so I’m fine.

Billy followed up in the comments section by reflecting: “I tried so that all that matters can’t do anything about her cheating but just move forward and leave it where it stands.”

It’s good that Billy was able to get rid of at least one tether holding him back.