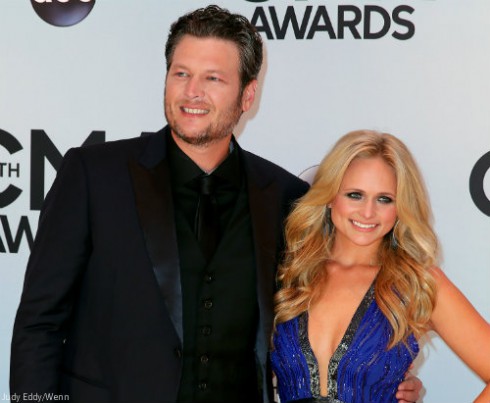 It wasn’t long after Blake Shelton and Miranda Lambert announced their split that the mud started flying: First Blake’s side accused Miranda of having an affair and said her refusal to have kids was the deal-breaker. Now, Team Miranda is firing back.

TMZ reports Miranda is livid Blake hired a “powerful PR firm that attacked Miranda before the ink was dry on the divorce docs.” On top of that, sources close to the “Gunpower and Lead” singer said she believes Blake cheated — and the insiders are adamant Miranda never strayed. Musician Chris Young, who was named in the first round of cheating rumors about Miranda, also said they were never romantically involved.

Despite the mutual cheating accusations, other sources say the real reason for the split is that the country couple didn’t spend much time together.

“Miranda and Blake have known this divorce been coming for some time now,” an insider told E! News. “They had not been together for a while and were living separate lives… [They had] been having issues on both sides for years now, but in the past few months it had come to a head. Blake and Miranda just grew apart and really started not seeing eye-to-eye on some real life future plans with each other.”

Another source told a similar story to Us Weekly, saying, “Both of them have been unhappy for while.”

The good news is there will be no public squabbling about their assets: The divorce was finalized in Oklahoma earlier this week.