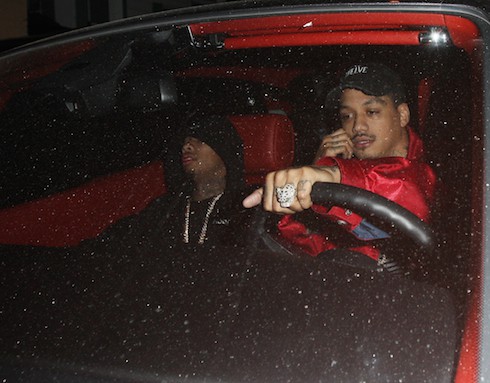 Is Scott Disick cheating on Kourtney Kardashian–the woman he’s reportedly trying to win back? According to new developments, the answer to that question is no…but it’s not for lack of trying on Scott’s part. Last night, Disick attended a model-strewn party thrown by Tyga at the legendary 1OAK Bar & Grill in Los Angeles, and tried to go home with an anonymous model, only to come up short. Tyga, meanwhile, slept the night away.

Hollywood Life reports that Tyga organized a bash “with models and Scott Disick” at 1OAK, which has already paid Disick for two appearances at its Las Vegas branch in the past six weeks. The group “pregamed” at Tyga’s new digs on the Sunset Strip; while there, “Scott was with one girl the whole time, holding her hand and leading her around the house,” in the words of an alleged attendee. There wasn’t any Scott Disick cheating at that point, though “they were laughing, smiling, and it was obvious Scott was into her. They’d disappear for a while and come back…[he was] full-on trying to hook up” with her, the source went on. 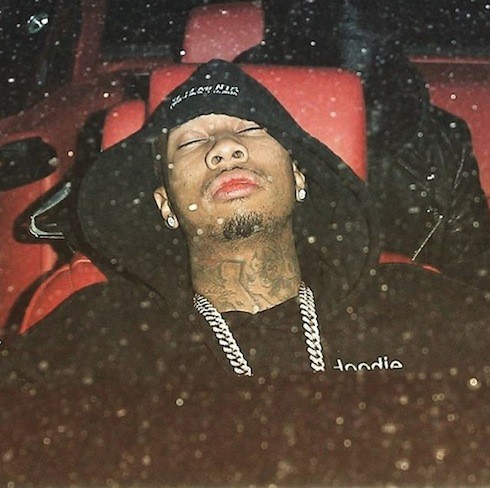 One person who was not in attendance was Tyga’s girlfriend Kylie Jenner, who is best-known for being more famous than her boyfriend. Tyga is said to have spent most of the time smoking marijuana cigarettes with Chris Brown, which might explain what happened later: after the party moved to 1OAK, Tyga got more and more tired, and eventually fell asleep and had to be carried out to his car and driven home (as the above photos attest).

As for Scott Disick cheating? Reports indicate that his would-be fling split off from him at some point during the night. “Some of the girls [eventually] went back to Tyga’s,” said an insider, but it’s it appears as though the model was not among them.

What is clear, though, is the return of Scott Disick’s confidence. Fans have noted his recent speculative Instagram updates, and wondered whether he’s planning for a future with Kourtney and their kids, or a prolonged existence as a confirmed bachelor:

This makes me happy

Next step, gotta build this. For the record this is not mine but I love it A photo posted by Scott Disick (@letthelordbewithyou) on Feb 1, 2016 at 5:53pm PST

This is how the Lord likes to fly @LetsJetSmarter #JetSmarter #ReadyJetGo