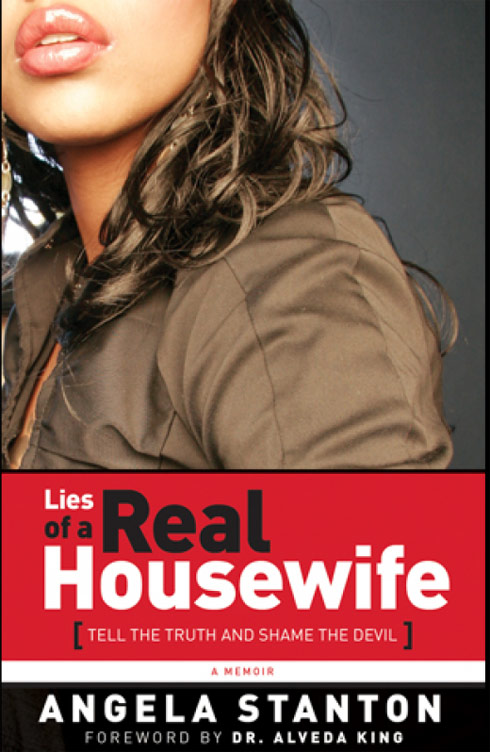 For those wanting to know more about The Real Housewives of Atlanta star Phaedra Parks’ alleged involvement in insurance fraud and racketeering you can now purchase Angela Stanton’s book Lies of a Real Housewife: Tell the Truth and Shame the Devil on Amazon.

The digital-only book is published by Vibe, who released a series of three interview videos with Angela Stanton over the last few days in which she describes in detail her alleged criminal partnership with attorney Phaedra Parks, her now husband Apollo Nida, and Apollo’s brother Everett that would eventually lead to everyone except Phaedra being convicted of felony racketeering. (You can watch Part 1 HERE, and Parts 2 and 3 HERE.)

Here’s the description of the book from Amazon:

Brazen, incisive, and outrageous, Lies Of A Real Housewife, spans the years of early childhood through adulthood. It’s an illustration of guts, and the determination it takes to overcome tragedies in one’s life. Her story begins at the tender age of five years old when Angela Stanton was raped. She takes us into her survival mode on the streets, and adjustments she had to make in her home life. The author shares experiences of her teen years, growing up in Buffalo, NY. She leads us on a short stay as a young girl in Greensboro, NC. The author, rapper, wife and mother, guides us through her struggles into her early adult years in Hotlanta. By fate, she lives a hustler’s life of crime with none other than Real Housewives of Atlanta’s own, Phaedra Parks. By a twist of fate, her life crashes sending her on a trip to a darkened place called hell. Urban Author, Angela Stanton, survives to give a raw, revolutionary account of her daring journey to redemption. In her sophomore book, Lies Of A Real Housewife, Angela Stanton opens her past life for public viewing.

It may surprise some to find out the foreword is written by Dr. Alveda King, niece of Dr. Martin Luther King, Jr. But Angela Stanton has quite a few friends in high places after founding The Don’t Ask, Just Tell Foundation. “The Foundation is committed to providing life changing instructions, in an environment designed to comfort, encourage, expose and enlighten at risk female youth and all victims of abuse.” 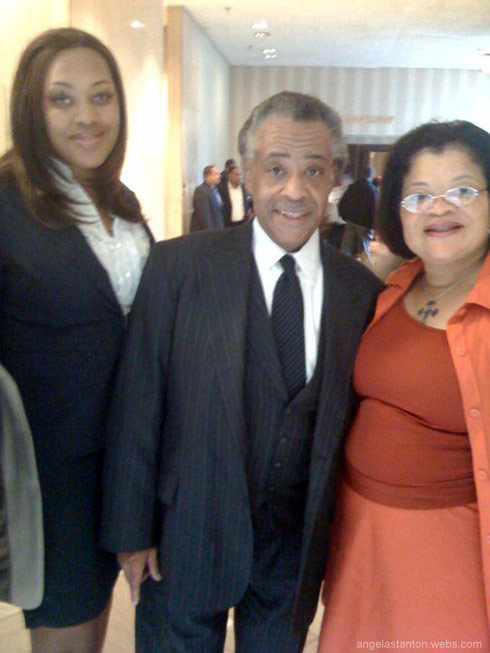 Angela Stanton is also no stranger to writing, having published the book Life Beyond These Walls in 2008. Here’s an excerpt of what Stanton has to say about the book from her website:

In Life Beyond These Walls, I give voice to the unforeseeable events that can devastate our youth. The first day I decided to write this book, I had one sole purpose in mind, I wanted to help troubled girls. All the ones that had been through what I’d gone through, even the ones that hadn’t. I had a lot of internal issues as a young girl, yet I’d never met anyone that could share stories with me about how they had overcome the same hurts that I’ve endured throughout my lifetime. 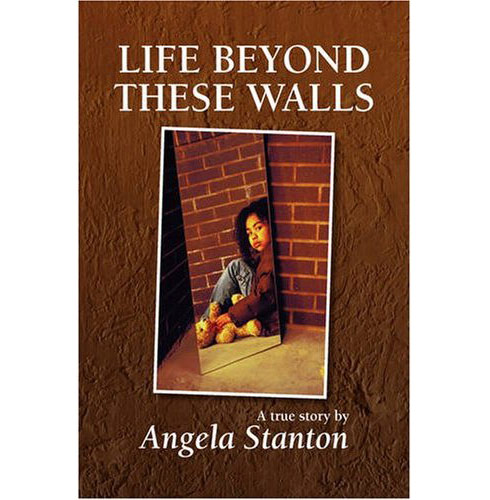 With that in mind I knew I had to write this book. Inside there are so many stories, from women of all walks of life, suffering from all kinds of hurts. Whether it is mental, physical, sexual, or verbal, there is a lesson to learn in each one of their stories. This book gives insight into where criminal behavior begins and it shows the consequences of thoughtless decisions. After you read this book, I’m sure you’ll be wondering just like I am; who is the real victim?

I wrote this book as a training manual and a resource for dialogue, to help the young women of this nation become critical systematic thinkers for the 21st century and beyond.

There is so much to be done and so much that isn’t being said. When I was writing my book, I was warned not to be too controversial. That is an interesting twist of fate. The things that matter the most, things that we really believe in are often labeled to controversial to be discussed in the light of day. Yet one can’t help but wonder if the evils of society, that lead our women and men down the path to a life behind bars will be addressed in the days ahead that promise change?

And here’s a video in which Angela talks about some of the abuses she suffered as a child in graphic detail brought on by the Bishop Eddie Long scandal:

Just in case all of this wasn’t enough to pique your curiosity enough to get you to download her new book, here’s an extended excerpt from Lies of a Real Housewife: Tell the Truth Shame and the Devil:

“Phaedra Parks was the answer to everything. The only thing I really needed to know was how to act. All my life I always believed that acting was part of my God given talent. Along with hustling, acting came natural. I began thinking of myself as this smooth criminal. I had gotten accustomed to the quick money by now, and quite naturally I never turned down any jobs, no matter how high the risk.

“The next mission would be one of the biggest jobs ever assigned to me by Phae. The assignment was well thought out, strategized, and planned. The execution of it was going to demand time. These types of jobs have to crawl before they mature and start walking. Then low and behold, before you even know it, they were off and running.

“The first part of my assignment involved scoping out potential vehicles at luxury car dealerships. Each day I simply drove around Atlanta, and the surrounding cities looking for potential prey. Every car lot I visited had several luxury cars. I spotted all of the latest models of Porsche, Mercedes Benz, Hummers, Corvettes, and Cadillac.

“When I identified selected luxury dealerships, then with pen and pad I walked around the lots. I would casually record the VIN numbers, makes, and models of not only the latest, but the hottest whips to hit the city.

“Once I had the information recorded, I reported it back to E. We rarely discussed business on the phone. So E and I met daily, and swapped information, and fake documents. It seemed like we never stopped. I provided the VIN numbers, and he provided the fake identification cards, and fraudulent registration cards matched to the vehicles I previously recorded. At this point, I was handling all of the day-to-day operations.

“Phaedra never had to worry about the illegal side of the operation. She was a very busy woman, and spent all of her time managing her thriving law practice. Honestly, everything with me was infallible. Phae knew as long as I was on the assignment, she would get her money, and remain focused on the affairs of her clients.

“With the state issued ID and proof of ownership, one would be able to go to any other luxury car dealership, provide them with the necessary documents as well as a fee, one hundred and eighty dollars at that time. And just like that, they’d cut you a computerized key to your vehicle. The second part of the scheme involved a late night visit when the dealership closed down. We’d return to the dealership and drive off in our brand new vehicles with no disturbances. Even if we did run into a problem such as getting pulled over by the cops, we had all the right paperwork in our possession. The right key and a bill of sale would be seen by the police. They would never suspect anything because the vehicle hadn’t been reported stolen.

“The cars were then sent to a chop shop. The VIN numbers were filed down, and replaced with new ones. Once replaced, I was provided with fraudulent certificates of vehicle titles from the state of Ohio. It seemed like I was going back and forth to the Department of Motor Vehicles in Hapeville, Georgia, on a daily basis. The Ohio titles had to be swapped out for Georgia. No, ifs, ands or buts about it, that was an important step of the scam.

“There were other areas of the business that required my attention. This was a major operation, and I could only be in one place at a time. Phae insisted that I enlist the help of my cousin, Sheree. She too was a go-getter and about her business as well. Anything having to do with making money, she was with it, and so was I…”