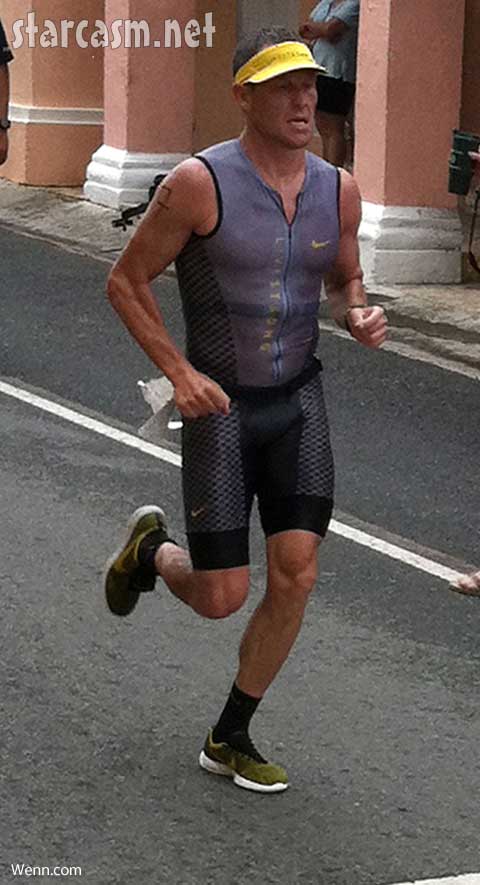 Lance Armstrong’s reign as biking god has been proven to be a fraud by the U.S. Anti-Doping Agency, which released a report today with undeniable evidence that the cancer survivor was the ringleader for a doping conspiracy. Last August, Armstrong refused to contest the mounting doping evidence that the U.S. Anti-Doping Agency was gathering, but also refused to participate in the investigation. He was subsequently banned for life from the sport, while 11 teammates participated in the investigation. Five of those teammates have been banned for only six months.

There have been suspicions for years that Armstrong was using performance enhancing drugs, but for his entire career he was apparently using a great number of drugs without getting caught.

Which drugs did Lance Armstrong use, and how were they hidden?

According the the financial documents unearthed, Lance paid the controversial  Dr. Michele Ferarri over $1 million for treatments like EPO injections. EPO is a drug that increases red blood cell, count, which enhances the body’s ability to process oxygen. Because erythropoietin is an essential hormone present in the body, routine drug tests are unable to easily pick it up. According to United States Postal Service teammate George Hincapie, Dr. Ferarri mixed in a saline solution to lower hematocrit levels (which would help prevent detection,) and told George to inject it directly into the vein to make the window of detection lower.  According to the report, Lance Armstrong wore heavy body makeup on his upper arm to cover up bruising from the injection.

The further increase oxygenation of their blood, in 2000 teammates flew to Spain to have their blood extracted in a hotel room. A month later during the Tour de France, they had their extracted blood transfused into their bodies to boost their oxygen capacity and stamina.

Lance Armstrong referred to this as oil because of the way it was administered to him. Tyler Hamilton says Dr. Ferarri concocted a mixture of olive oil and Andriol, which is a liquid form of testosterone. Armstrong reportedly took it orally via a squeeze bottle, and Hamilton reports that Armstrong squirted the mixture into Hamilton’s mouth after a stage of 1999’s Tour de France. Taking testosterone orally can help the drug avoid the liver (liver cancer is one of the potential side effects of steroid abuse,) and get delivered directly into the lymphatic system. Testosterone helps build strength and muscle mass.

Armstrong’s teammate say they say Dr Luis García del Moral inject Armstrong with Human Growth Hormone, which still has insufficient testing, and there was absolutely not test for it until 2005. hGH is supposed to increase strength and lean muscle mass.

Corticosteroids, a.k.a cortisone, reduce inflammation, and can provide a burst of energy. In 1999 Lance tested positive for cortisone, which can be okay if there is a medical release. Lance did not have one at the time he tested positive, but he was able to produce an older prescription for “saddle soreness,” and said he did not use it for racing. Cortisone can be taken by players either orally, or injected.

Actovegin is am anti-diabetes drug, but teammates claim Lance would use it before a race to “improve oxygen delivery to the muscles.” During the 2000 Tour a box of the drug was found, and the team said they were using it for road rash. At the time Armstrong denied knowing anything about the drug.

1. Pretending to not be home when the testers came. The players were required to inform the drug testers where they were, and would receive penalties if they did not let them know. However, if they were in the city they claimed to be during a certain period of time, but pretended to not be home when the testers came by, they were not penalized. Armstrong also frequently made last-minute plans to go to Europe to see Dr. Ferrari, and would stay at a remote hotel in Spain where he was “almost certain to not be tested.”

2.Keep tabs on the testers, and avoid them at all costs At least once Lance Armstrong dropped out a race after receiving a test from teammate George Hincapie warning him that a drug tester was staying at Lance’s hotel. This type of intel sharing was common, so the bikers usually were aware of when and where testing would take place.

3.Drug maskingEven so, all tests could not be avoided, so Armstrong and his teammates did everything they could to trick the tests by masking the drugs in their system. There is one incident detailed the report of a doctor smuggling in a saline bag in his raincoat to administer the blood-diluting solution to Armstrong at before a test at the 1998 world championship.