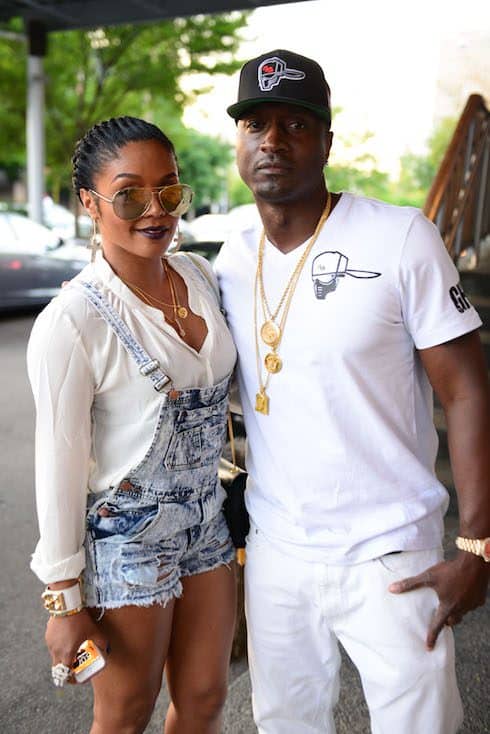 A new season of Love & Hip Hop Atlanta is on the way, and with it we may get a reset of one of the show’s most infuriating (and long-lasting) relationships. But did Kirk Frost get back with Rasheeda — or is it all just a ploy for ratings ahead of the premiere?

Before we get into the latest gossip, though, here’s a quick recap of the Kirk and Rasheeda drama in case your head is still spinning from last season. Last September, Rasheeda announced that she and Kirk had officially separated due to Kirk’s ongoing drama with baby mama Jasmine Washington. Rasheeda’s announcement came a few weeks after Kirk and Jasmine appeared to settle their custody agreement out of court; the settlement in turn came after Kirk finally agreed to take a DNA test and establish paternity for Jasmine’s baby Kannon.

Rasheeda dealt with additional headaches thanks to multiple reports that Kirk also had a second baby mama last year, whom he kept quiet with the purchase of a new car and the initial payments. (There were also rumors that Kirk had at least three side chicks in addition to the two alleged baby mamas during the filming of LHHATL Season 6.)

Talk that Kirk and Rasheeda had gotten back together started as whispers late last year, when the pair’s social media pages revealed they’d been spending time together seemingly out of the blue. Kirk posted and Rasheeda re-posted this clip of a performance of hers, which raised more than a few eyebrows given the fact that Kirk filmed it from the back:

RP from @frost117 …… it’s nothing like that energy from the crowd. It always gives me life!!! #mybubblegum

Around the same time, Kirk started sharing a few sweet throwback photos of he and Rasheeda and their children — something he hadn’t done since well before the baby mama drama broke:

Daddy duty’s ? this was about 15 years ago!!! trying to do @frostedkae hair ?

But the whispers about reconciliation really became full-throated gossip a few weeks ago, when Rasheeda shared her plans for a big birthday party in Kirk’s honor. She even dropped the “L” word:

Trying to make this an amazing birthday for @frost117 he didn’t want to celebrate but it’s important to be around family & friends during this time. His mom wouldn’t of wanted it any other way so Happy Birthday Kirk we love you❤️???

Plenty of fans were quick to point out that loving someone isn’t the same thing as liking them or wanting to be married to them again. Rasheeda did say, with her September announcement on she and Kirk’s split, that the two of them were still co-parenting and it was going well.

It’s also worth pointing out that Rasheeda’s birthday party for Kirk came just a few days after the unexpected death of Kirk’s mother, Gloria. Rasheeda appears to have been with Kirk quite a bit to help him deal with his grief; she also attended Gloria’s funeral by Kirk’s side.

Devotées (and the more cynical among Love & Hip Hop Atlanta‘s fans) will recall that Rasheeda and Kirk have played this game before. Last spring, as LHHATL Season 6 was set to drop, the two of them made their first public appearances together in weeks, and both put on faces so happy that fans were left wondering if Kirk and Rasheeda had reconciled. But it turned out that both sightings were paid appearances. And, on that note, Kirk has been using his Instagram page to rep Rasheeda’s new Houston-area Pressed location pretty hard these last few days.

If you’re a cynic, you’re probably inclined to think that the two simply have a business arrangement and are going through the motions for the benefit of VH1’s cameras. If you’re a little more tender at heart, though…well, let’s just say you’re probably more likely to tune in when Love & Hip Hop Atlanta Season 7 drops this spring 🙂

(Photo credits: Did Kirk Frost get back with Rasheeda via Instagram, E Jerome Pearson / Splash News)

Why does Andrea Arlington give her daughters Alexis and Tess daily Adderall?

Autopsy links drug use to designer Alexander McQueen’s suicide, which was not his first attempt