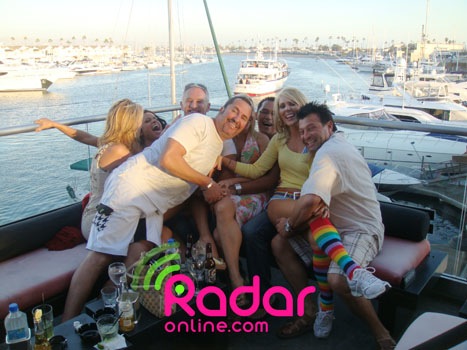 According to Radar Online, Alexis Bellino is no stranger to Gretchen Rossi and her old pal/lover Jay Photoglou. In case you haven’t been keeping up with the Gretchen/Jeff/Jay/Tamra drama, Jay’s the man who called Tamra Barney in the middle of the night last season to tell her he was really Gretchen Rossi’s boyfriend, and that she was being paid to be Jeff Beitzel’s caregiver. Whatever Jeff’s arrangement was with Gretchen, he left her a pretty chunk of change (though according to Gretchen she didn’t get to see much of it because of debts the estate had) and didn’t mind being portrayed as her fiance on television.

Meanwhile, The Dirty posted a number of interesting photos of Gretchen playing tongue hockey with Photoglou while Jeff was alive, and shortly after his death including the one below: 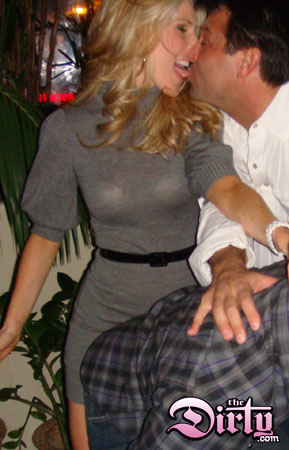 Now Gretchen’s moved on to Slade Smiley, and scorned Jay has been angrily fighting back ever since. Most recently he outed Gretchen’s friendship with new Housewives castmate Alexis Bellino, saying that Alexis knew all about Gretchen and Jeff’s arrangement. Right now it seems like instead of judging Gretchen, she may have Gretchen’s back this season.

“Gretchen and I meet the Bellino’s through mutual friends. We socialized with them last fall just weeks after Jeff Beitzel (Gretchen’s fiancée) passed way.  Alexis knows all about our relationship.”