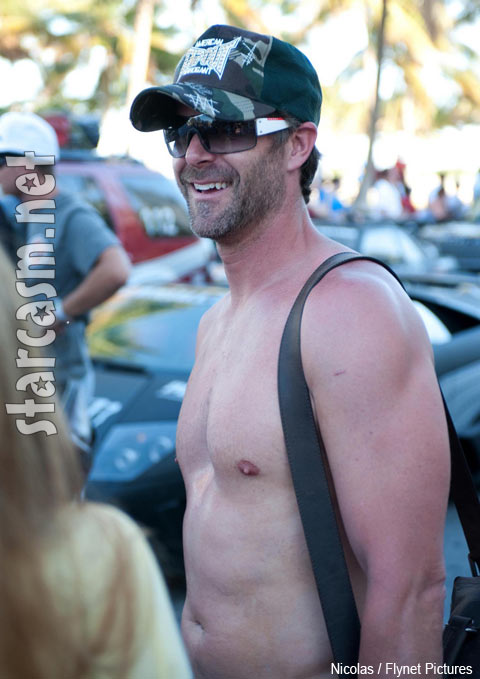 Slade used to flash cash and boast of “keeping” Jo, but now he’s Gretchen’s kept man. He no longer has his fancy Coto de Case home, owes $130,000 in child support to his son Grayson, who has a brain tumor, and seems to have nothing else to speak of. Grayson’s mom and Slade’s ex, Michelle Arroyo, sued Slade earlier this year for default on child support, and Slade is arguing in court to get his child support reduced because he’s unemployed.

That’s wrong because he IS employed, he’s Gretchen Rossi’ professional boytoy. Who knew a golddigger could get golddug herself?

So what did Slade Smiley USED to do before he got this broke and homeless? Here’s a little list of Slade’s employment endeavors:

UPDATE: On a RHOC episode that aired May 8, 2011 (Mother’s Day,) even Slade’s mom expresses confusion over what, exactly he does, and concern over Slade’s mounting child support debt. She asks him if he’s considered getting back in the title loan business, or if he should maybe go to law school. She even tells Gretchen that she better “work harder” to pay all of Slade’s bills.

As of 2012, Slade runs Grayson Entertainment.