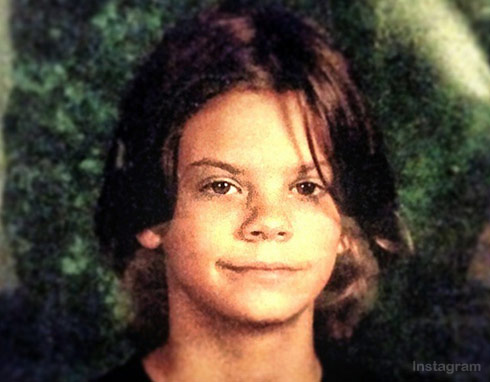 Tyler Baltierra had one childhood memory that he felt was too painful to include in he and Catelynn Lowell’s revealing memoir Conquering Chaos. In an interview posted today via Radar, the Teen Mom star reveals that he attempted to commit suicide at the age of 12.

Tyler says that he was in a “dark place” after his father Butch returned to prison:

“I tried to hang myself in the backyard of my house. Being so young, I was naïve on how the process actually worked. I thought if I jumped, it would snap my neck and I would die instantly. I didn’t think about the struggling and choking and while it was happening, I realized it wasn’t going to be quick. It gave me time to think. I grabbed the rope and got it out from under my neck. I ran into the house.”

The horrible episode left a rope burn across his throat. Tyler’s mom didn’t buy his excuse about an accident and had him sent to a therapist. Tyler says, “I got put on medication and took that for a couple of years.”

The father of 2-month-old Novalee now regrets not including this story in the memoir. “Nowadays you see all the headlines. Kids are getting bullied, especially in the LGBT community. It’s a topic that needs to be talked about. Hopefully, people can learn from it.”

UPDATE – Tyler took to Facebook to thank fans for their support after he shared details about his suicide attempt, and to encourage awareness:

Thank you to everyone who has shown the love & support regarding my suicide attempt. This is an issue that NEEDS to be talked about! I would have missed out on the most important things in my life like Cate, my daughters and the opportunity to help people with my story. No child left behind, no life without love, and no change unless spoken about ‪#‎SpeakUp‬ ‪#‎SaveLives‬

TEEN MOM Update on Tyler’s sister Amber’s rehab: Did she stay? Is she still there?