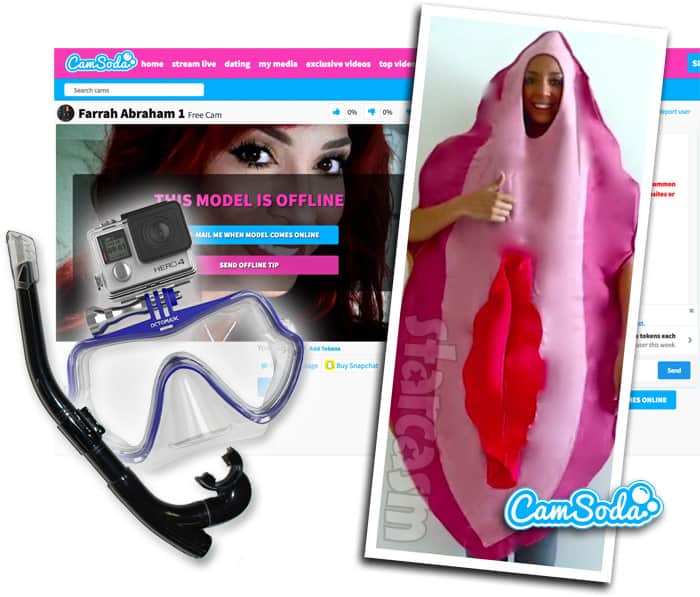 Teen Mom OG Farrah Abraham is famously “Single AF,” so what better way to attract a new man than to do a live webcam show featuring her recently rejuvenated vagina — amirite?

The famous “Backdoor Teen Mom” will be showcasing her renovated front door for the streaming adult video site CamSoda on Wednesday. (Sorry, we cannot link to the site due to advertising constraints — but Google will show you the way.) According to the site, Farrah will crank up the Abraham Cam at 9/8c. It’s unclear how long the live stream will last, or if there are plans for more Farrah videos in the future.

TMZ reports that Farrah’s payment deal with the site is old school Farrah in that she will be receiving it on the back end in the form of a percentage cut of the revenue generated from viewers donating purchased CamSoda tokens before, during, and after the broadcast.

If you are like a disappointed Springsteen fan in 1988 and are unable to attend the Live Tunnel of Love Tour, you can still make it rain on Farrah by sending her an “offline tip.” It looks like some eager beaver fans are already tossing their coins down the well as Farrah’s CamSoda page shows at least 130 tokens donated already. 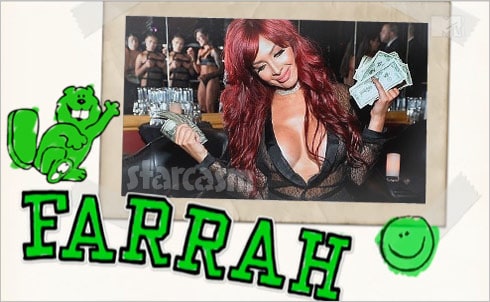 Please note, CamSoda does have a code of conduct for viewers, so if you are planning to hate watch, you will need to keep your opinions to yourself. Here are the rules:

Be polite to the model, never demand anything and have common courtesy for the room. Do not spam, post other rooms, other websites or an e-mail address. Show your appreciation by tipping the host.

And here are Farrah’s deets from her profile bio on the site:

About Me
The one & only Farrah Abraham, brains, beauty & so much more!

In case you missed it, Farrah had her lady parts overhauled about six weeks ago at the Beverly Hills Rejuvenation Center — and of course the cameras were rolling there as well. (Perhaps Farrah will be sharing some not SFW bonus scenes from that procedure?) From what we could tell, Farrah had “the BTL Exilis Ultra Femme 360 procedure” inside and out, which uses radio waves to heat below the surface to reduce fat and stimulate collagen production. You can click here for all the information you will ever need, including an informational clip that looks suspiciously like an animated adult toy video.

Interestingly, SodaCam made headlines earlier this year when it announced they would allow male subscribers to use penis photos as their passwords. (Someone needs to let Farrah’s Teen Mom OG co-star Ryan Edwards know that he may need update his account since he has apparently given out his password to all the young ladies on Tinder.)

Hmmm… I’m reaching the end of this post and I still haven’t managed to squeeze in the fact that Farrah participated in a reality series that famously broke down the fourth wall for viewers and now she’s taking that one step further by famously breaking down the vaginal wall for viewers. Oh well, maybe next time.

Oh, and much like I was just after Farrah had her vaginal rejuvenation, I am eagerly awaiting Simon Saran’s response to the SodaCam announcement…