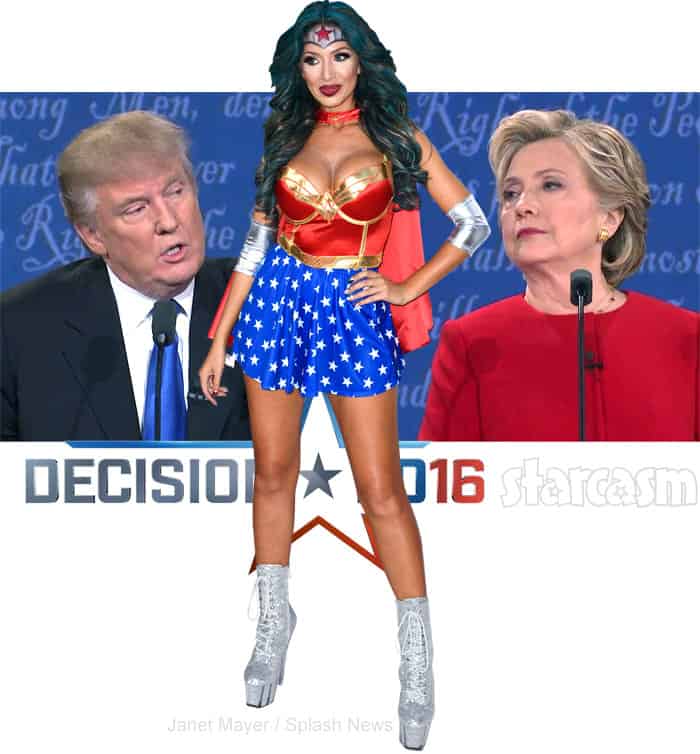 If you’re one of the many, many undecided voters out there patiently waiting to make your decision between Hillary Clinton and Donald Trump based on the endorsement of Teen Mom OG star Farrah Abraham, then the wait is over! Not only has Farrah announced her endorsement for President of the United States, she has done it with her usual controversial and sure-to-be headline-grabbing flair.

Her initial endorsement of Republican Party candidate Donald Trump came in the form of a not-so-controversial tweet after the conclusion of last night’s presidential debate:

After watching the #debate it's clear @realDonaldTrump is going to be the best option @HillaryClinton I approve this message & tweet @3am???

Earlier today, however, Farrah took to Snapchat and shared a very brief video clip that was captioned “STFU about Trump and see the rapist Clinton family.” In the video, Farrah clenches her fist and proclaims “Grab life by the p*ssy, b*tches!” 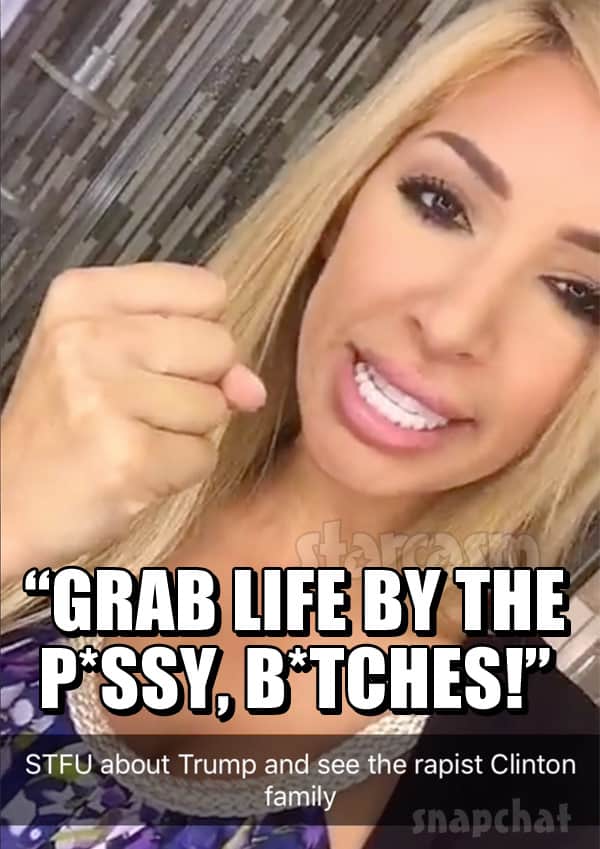 Farrah’s quote is clearly in reference to the video that surfaced last week featuring Donald Trump speaking with TV host Billy Bush in 2005, unaware that the camera and microphone were on. “I better use some Tic Tacs, just in case I start kissing her,” Trump says to Bush before meeting Days of Our Lives actress Arianne Zucker. “You know I’m automatically attracted to beautiful — I just start kissing them. It’s like a magnet. Just kiss. I don’t even wait. And when you’re a star, they let you do it. You can do anything.”

“Whatever you want,” Bush replies.

“Grab ’em by the p*ssy, you can do anything,” Trump affirms. 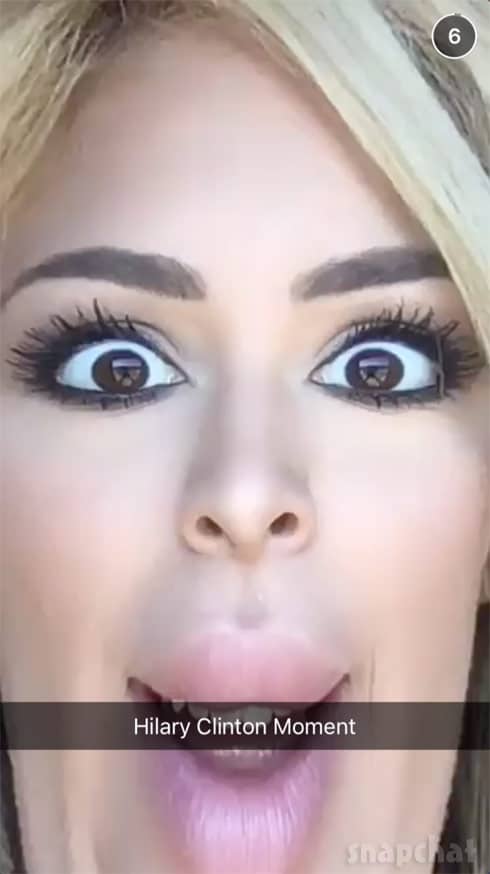 Farrah’s maybe-still boyfriend Simon Saran has also been expressing his political opinions on social media, and though they might appear on the surface to be pro-Trump, further research would indicate they are more clearly anti-Hillary AND anti-Trump. Here are a few examples, including a very clear declaration as well as some aggressive responses to pro-Hillary Teen Mom OG Executive Producer Morgan Freeman:

Whether you are voting for @realDonaldTrump or @HillaryClinton it's a lose lose situation. Neither is looking out for Americas best interest

@mjfree @Snowden @MarkBurnettTV that's illegal! Kind of like the drugs the teen mom cast do on the show! #teenmomog

@mjfree @realDonaldTrump how about we use that money to feed hungry kids around the world instead? #teenmomog

Meanwhile, Farrah’s mother Debra Danielsen doesn’t appear to have officially endorsed Hillary Clinton, but she has endorsed Robert DeNiro’s condemnation of Donald Trump. Here’s a video that she retweeted followed by her comment on it:

And just in case you were curious, Farrah voted for Mitt Romney in 2012. You can click here to find out all of her reasons for making that choice at the time.