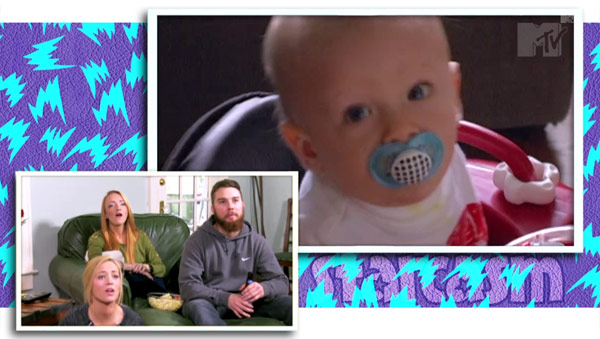 My new second-favorite thing is watching cast members of Teen Mom OG watching clips from their episodes of 16 and Pregnant and Teen Mom! Combine that with my favorite thing, Bentley Edwards, and you have this preview clip from the upcoming Getting To Know Maci Bookout special airing on Saturday in which Maci, Bentley, her bearded beau (and daddy-to-be) Taylor McKinney, and Ryan’s mom and pop sit down and watch a Bentley highlight reel!

I think Maci sums it up perfectly when she remarks, “I forgot how cute you were.” But then Bentley sums it up even perfectlier when he responds with, “I didn’t.”

The “Getting To Know Maci” special airs twice on Saturday, February 21 — once at 2/1c in the afternoon and then again at 10/9c in the evening. Here is the complete listings for the Getting To Know specials, just click the links to see preview clips for the other Teen Mom OG cast members:

12/11AMc Getting To Know Catelynn – Catelynn and Tyler relive their decision to give their baby up for adoption, and everything that followed.

1/12c Getting To Know Amber – Amber and Gary reflect on the years documented by MTV, and discuss her drug addiction, going to jail and the custody of Leah.

2/1c Getting To Know Maci – Maci and her friends examine the past six years and discuss the difficulties of growing up in front of an audience.

3/2c Getting To Know Farrah – Farrah’s family and friends share their feelings about her involvement in the adult entertainment industry, and the hardships following Sophia’s father’s death.

We’ll wrap this post up with the double-dipping zen meta-awesomeness that is Bentley watching Bentley: 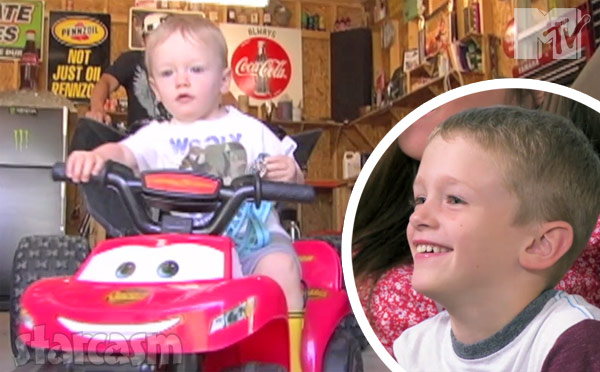 Did Maci Bookout and Kyle King break up again?