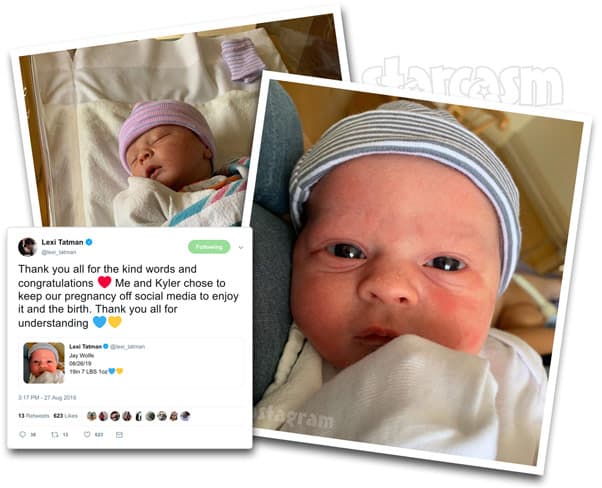 Teen Mom: Young and Pregnant fans are in shock today as Season 1 star Lexi Tatman seemed to reveal that she has been secretly pregnant and gave birth to a son on Monday! The 19 year old had given no indication publicly that she was expecting her second child.

Lexi shared the two photos above on Instagram moments ago and captioned them with baby details:

The comments on the post are disabled, and Lexi has said nothing more to clarify whether or not little Jay is hers. She did tag her boyfriend Kyler in the photo, however.

I tried to find some sort of smoking gun on social media, but failed. There was a comment on Kyler’s Instagram that certainly fits. “Baby day!” someone wrote, roughly 17 hours before Lexi shared the baby photos.

UPDATE – LEXI HAS CONFIRMED THAT SHE GAVE BIRTH TO JAY!

Lexi’s confirmation comes on Twitter. “Thank you all for the kind words and congratulations ❤️,” she tweeted. “Me and Kyler chose to keep our pregnancy off social media to enjoy it and the birth. Thank you all for understanding ??”

She later clarified that Wolfe is Jay’s middle name and iterated her motivation to keep the pregnancy a secret. “We wanted to enjoy everything without putting it out on social media ❤️” She also reveals that she was 40 weeks and six days along.

Big brother Tobias seems to be adjusting to his new role slowly. “He’s still a little unsure but keeps petting and being curious about him lol,” Lexi tweeted.

This is one of my nicer ones lol pic.twitter.com/tp3mfl3MU0

Congratulations to Lexi and Kyler! Both on the new addition to their family, and for managing to keep it a secret!

Lexi has been posting on social media this summer, but looking back through her photos, they are mostly sponsored images in which her belly is either obscured, or else could have simply been older photos.

Here is an image from August 1 in which Lexi appears to be covering up her belly. She certainly doesn’t look eight months pregnant, but it could very well be a photo from earlier in her pregnancy: 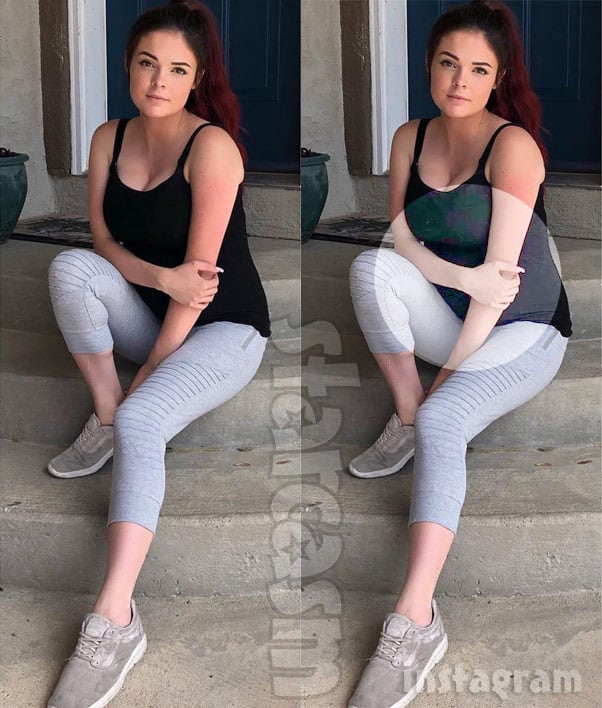 Unfortunately for fans of Lexi, we will not find out whether or not she has welcomed a second child on screen as MTV reportedly fired her from Teen Mom: Young and Pregnant. According to reports, producers found her and Kyler’s story line to be a bit too boring. Clearly, that decision must have been made before there was any sort of indication that Lexi was pregnant again!

We will continue to monitor this story and will update when Lexi, Kyler, or anyone else close to the couple confirms (or denies) that Lexi did in fact give birth to Jay yesterday. (Confirmation from Lexi added above.)

Lexi’s decision to keep the pregnancy a secret makes a lot of sense given the constant negativity she and Kyler receive online. She’s defended Kyler and their relationship numerous times after he was portrayed poorly on the show.

VIDEOS Kelly Clarkson announces she is pregnant on stage in LA