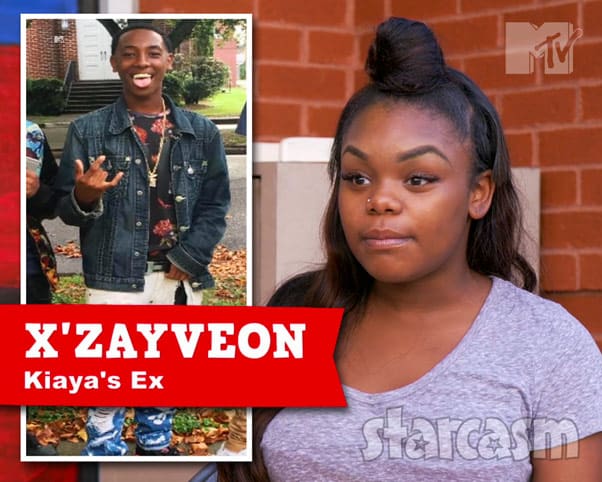 As we reported last week, Teen Mom: Young and Pregnant star Kiaya Elliott was arrested in March on firearm and assault charges. Her arrest motivated me to check in on her ex, and her son Amour’s father, X’Zayveon.

X’Zayveon was arrested in August of 2018. Just like Kiaya, he was hit with a firearm charge. Unlike Kiaya, his charge was felony. It didn’t help matters (and resulted in an additional charge) that X’Zayveon was already a convicted felon.

In addition to the two firearm charges, X’Zayveon was also found guilty of felony marijuana possession with intent to distribute.

In our initial post detailing X’Zayveon’s charges and sentencing, we revealed that he was up for parole in July of 2019. “The Board concludes that you should serve more of your sentence prior to release on parole,” was the conclusion.

Here are the reasons for X’Zayveon’s parole denial in 2019:

Serious nature and circumstances of your offense(s).

The Board considers you to be a risk to the community.

Numerous #TeenMom dads have been arrested over the years, but #YoungAndPregnant Kiaya's baby daddy X’Zayveon is in prison from his very first episode! Get details on his arrest and find out what felonies he was convicted of. https://t.co/NnPb3nHWmD

X’Zayveon was back up for parole in April of 2020, but he was denied once again. Here were the reasons listed for that denial:

Release at this time would diminish seriousness of crimeSerious nature and circumstances of your offense(s).

You need further participation in institutional work and/or educational programs to indicate your positive progression towards re-entry into society.

You need to show a longer period of stable adjustment.

Your prior failure(s) and/or convictions while under community supervision indicate that you are unlikely to comply with conditions of release.

Here’s a scene with Kiaya, Amour and Carla:

Unfortunately for those wanting updates on Kiaya via MTV, her co-star Kayla Sessler said last month that Teen Mom: Young and Pregnant won’t be back for a new season until August.