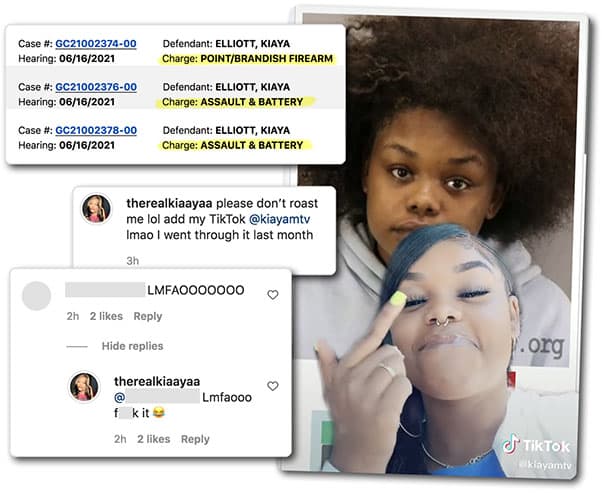 Teen Mom: Young and Pregnant star Kiaya Elliott is the latest MTV reality star to get arrested, and we have her to thank for breaking the story!

Kiaya made the arrest reveal in a humorous TikTok video that included her mug shot photo in the background. Kiaya then shared the clip on Instagram and added a little text to explain.

“Thinking about that time I took my wig off to wash my hair and got arrested before I could finish taking my cornrows out,” the text reads.

“Please don’t roast me,” Kiaya wrote in the caption, along with an lol. “I went through it last month,” she added.

Kiaya didn’t share any details about the charges. Based on her humorous presentation, many of her followers assumed it was something minor. That was not the case.

According to jail records, Kiaya was booked on March 25 on two charges of assault and battery, and one charge of pointing, holding, or brandishing a firearm. Thankfully for Kiaya, all three charges are misdemeanors. 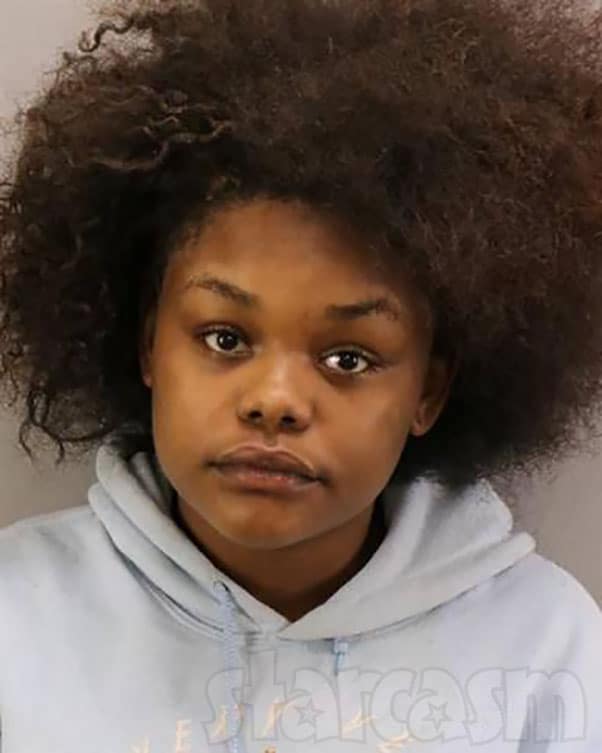 Online court records indicate that the alleged offenses took place days before Kiaya’s arrest, on March 20. She was scheduled to appear in court on April 26, but the case was continued until June 16.

The Ashley’s Reality Roundup got the details on the allegations against Kiaya. The 20-year-old reality star was reportedly at a party with her girlfriend Teazha when she got involved in an altercation.

According to The Ashley’s source, Kiaya claims that a man involved in the altercation pulled a gun on her. “Kiaya wasn’t really injured,” The Ashley’s source reveals, “but she did file charges against the guy for assault and battery and for pointing a gun at her.”

For fans of the show hoping to see all this play out on screen, you’ll be disappointed to know that MTV was not filming at the time. The Ashley’s production sources confirm that producers are already aware of Kiaya’s arrest.

In case you missed it, Kiaya’s co-star Kayla Sessler stated earlier this month that the new season of Teen Mom: Young and Pregnant won’t be airing until August.