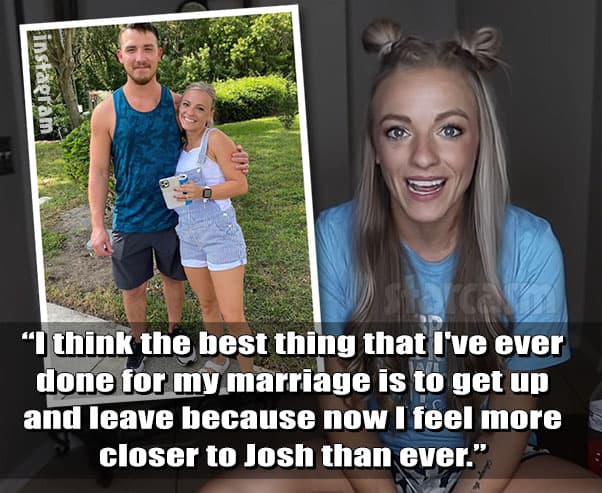 We reported back in August that Teen Mom OG star Mackenzie McKee was planning to move to Florida along with her three children. The move was delayed roughly a month due to Mackenzie’s dad having to have emergency quadruple bypass open-heart surgery, but thankfully her dad made it through OK. Mackenzie and the kiddos were finally able to make the trip from Miami, Oklahoma to their new home near Sarasota at the end of last month.

The move comes after a very dramatic split between Mackenzie and her husband Josh McKee, thanks in part to Josh allegedly having an “emotional affair” with Mackenzie’s cousin. Despite the rather volatile split, Mackenzie stated that Josh was perfectly OK with her moving to Florida with the kids. When asked about how she and Josh were going to co-parent so far apart, Mackenzie simply replied: “We are just going to figure out how to make it work.”

After arriving at her new home in Florida, Mackenzie has been posting numerous photos and videos that include her children — and Josh! Josh can be seen lounging in a tank top while watching an Oklahoma Sooners football game in a clip that Mackenzie posted on Instagram on Saturday.

On Friday, Mackenzie posted a photo posing with Josh that she captioned with: “Mom and Dad. And my last day to be 25😜” In the photo, Mackenzie and Josh are both smiling and appear to be wearing their wedding rings:

The photo and the video with Josh in Florida had a lot of Mackenzie’s followers asking questions about their relationship status. Mackenzie turned off the comments on the photo above, but that was not the case on some of her previous posts. In one post she promotes a recent YouTube video she posted documenting her trip from Oklahoma to Florida, and one of her followers asked her about Josh.

“Does the kids miss Josh?” She asked. “Will he come visit them how will you co-parent so far from each other?”

Mackenzie directed the commenter (and others with similar questions) to her YouTube video. “Girl this whole post is about going to listen to my YouTube video where I answer all of these questions,” Mackenzie replied.

So, I watched Mackenzie’s YouTube video (included below) to get some answers!

“I’m out here all by myself with just me and the kids, and a lot of people are asking all about that,” Mackenzie says in the video, before talking about why she chose to move so far away. “It has nothing to do with me and Josh. I needed to heal myself. I had a lot that I needed to heal from.”

Mackenzie then adds that the distance between them has actually brought them closer together. “I think the best thing that I’ve ever done for my marriage is to get up and leave because now I feel more closer to Josh than ever. We call each other we talk, and we’ve never had to say the words ‘I miss you’ because we were right, like, we were living under the same roof.”

Mackenzie says that Josh has been supportive of her move to Florida from the beginning and adds that he has been “easy to work with” throughout the process.

“If you could choose any ex-husband, it would be Josh,” Mackenzie fawns. “I feel really close to him right now, and I feel like we’re gonna come out of this really strong, like, I really do. Whether we just become friends or we come together as a really strong husband and wife and learn from our mistakes from the past. I really do.”

Unfortunately, Mackenzie didn’t reveal anything about Josh’s visit to Florida in the video.

Given Mackenzie’s history of stirring up fake relationship drama to make headlines, some people are still doubtful that the couple’s most recent split was real. “She does it for a storyline to be on [Teen Mom OG],” one commenter wrote. “Are you kidding me?” Mackenzie replied.

In addition to revealing a little bit about her current relationship with Josh in the YouTube video, Mackenzie shared a lot of details about her motivation for moving and her current living situation in Florida. As we previously reported, Mackenzie is living in Lakewood Ranch, which is just outside of Sarasota. (She has stated that many, many times herself.)

Mackenzie says she is renting a home and has signed a one-year lease. The house is smaller than the one she owns in Oklahoma, but it came completely furnished. “It’s a cute little house,” Mackenzie says. “I wanted it simple and cute and little and it’s perfect for us.” She says she plans to keep her house in Oklahoma until her current lease in Florida is up after a year, and at that point she will make a decision about what to do next.

The whole moving process was captured by MTV for Teen Mom OG, which was a bit difficult given the stringent Covid-19 guidelines the production crews are being subjected to.

Mackenzie will continue her business partnership with an older man whom she has been working with for a while. He also lives in Lakewood Ranch and he and his family (wife and kids) were a big influence on Mackenzie’s decision to move there. Mackenzie is also still hustling with her Body By Mac brand and is also teaching workout classes in person. She suggests that you follow her on social media for information on how to sign up for those.

As far as her experience living in Florida, Mackenzie is loving it! “I haven’t been this happy in about three years,” she reveals.

I will conclude with Mackenzie’s YouTube video, followed by some of her joyous Instagram posts from the past couple weeks:

We sure love it here in Lakewood ranch. All settled in, kids get to go to their new school, and Bodybymac is about to do big things. A lot of you have many questions on this move. Check out my most recent YouTube video (swipe up link in story) for all your answers. Hopefully I inspire you to take that leap up faith in life you’ve been wanting to. What is holding you back from taking the next step? STOP LETTING IT. Make it happen.

Happiness feels good. Lately I’ve been so thankful for all life threw my way. The people who hurt me, the lessons I learned. Look where is lead me.

I pray you both understand just how important you are in this life 💙💙💙.

It was a perfect weekend. Man those waves were so insane today though 🌊 havnt had that much fun since idk when

I don’t wait for magic to happen, I create it. #peace #healing #grinding #happiness #bodybymac #beachlife