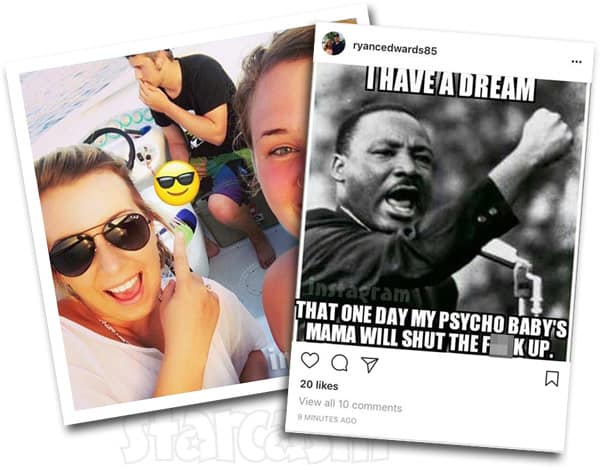 It appears as though Teen Mom OG dad Ryan Edwards is no longer in rehab, which he reportedly entered back in May after his secret marriage to Mackenzie Standifer on May 15. A friend posted a photo of Ryan was on a boat this weekend alongside Mackenzie. 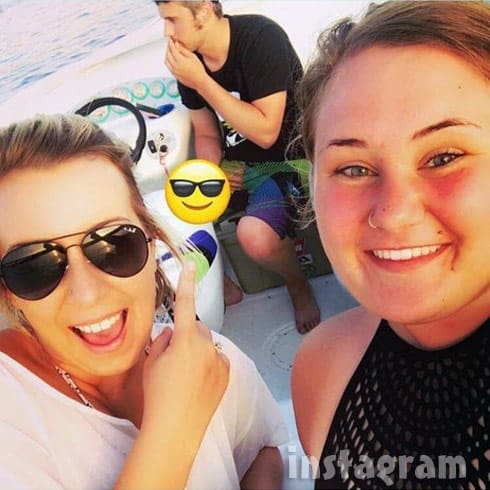 “Riverbend was live w/ y’all,” the couple’s friend captioned the photo, adding: “love these lake faves.” (The Riverbend Festival is an eight-day music festival in Chattanooga that wrapped up on Saturday.)

As numerous commenters pointed out, there are a few very odd things about the picture. Foremost among them: the sunglasses emoji seems to be hiding something. The most obvious explanation is that the emoji is hiding Ryan’s wedding band. (As you can tell from Mackenzie’s engagement ring in the foreground, the selfie image is flipped.) Fans of the show know all about the lengths the cast members have to go to to prevent spoiling a future episode, even when EVERYBODY knows the spoiler already — especially anyone that would be paying super close attention to social media photos.

Another odd thing about the photo is that Mackenzie appears to be fan girling as she points at Ryan in the background. Clearly, she could just be showing excitement about Ryan being out of rehab, but it does seem a bit unusual and awkward.

In addition to the gal pal’s snap, Ryan posted photos on his own Instagram account. One included Mackenzie sitting in a boat — which he later deleted.

And, in another photo, Ryan used Martin Luther King, Jr.’s image and his “I Have A Dream” speech to apparently lash out at his ex Maci McKinney: 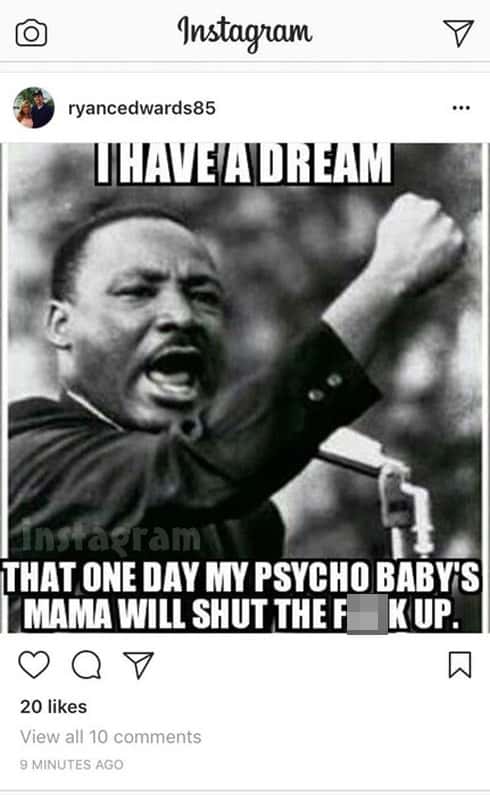 Maci has been very open about Ryan’s drug issues on the show; presumably, this is what Ryan is referencing with the ill-advised MLK photo.

The current season of Teen Mom OG is still airing, and it is unclear just how up-to-date the series plans to go before the finale. I assume that they will not go past the Reunion taping date, which would mean viewers will get to see Ryan and Mackenzie’s marriage and his decision to enter rehab. To find out for sure, tune in for new Teen Mom OG episodes airing Monday nights at 9/8c on MTV.